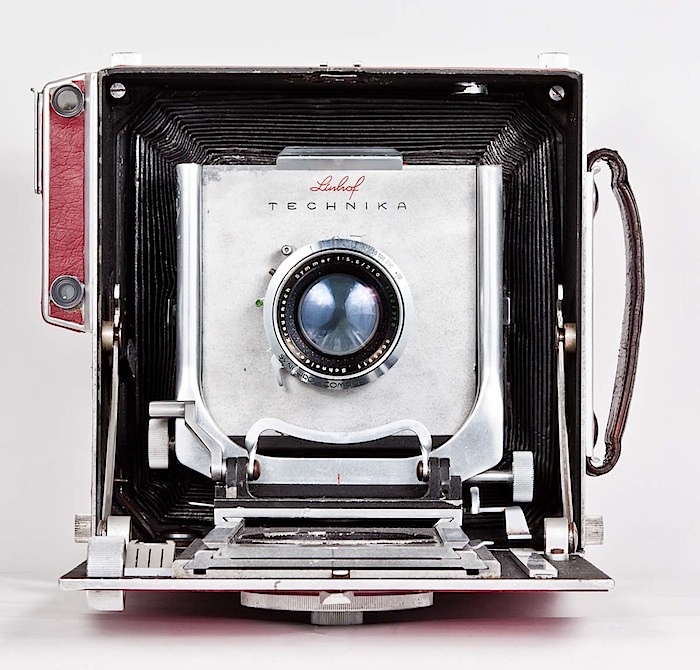 1 ) Minimum requirements: a tripod (unless you are willing to use a Speed Graphic type camera in the Weegee style, handheld), a large format camera with a focus screen and a back, a bunch of film holders that fit both your camera format AND your film format (see below), a lens mounted on a shutter (again, unless you buy a Speed Graphic camera which owns an internal shutter), films in the chosen format, a loupe (the bigger the better, personally I use a 22x, even if an 8x it is ok to start with), a darkroom or a changing bag to load and unload the film holders (in a pinch you can also do it in your bed, under the blankets with the lights off and the window blinds shut, but it’s not very practical…)

2 ) If you chose 4×5″ than, possibly, make sure that your camera has a Graflock back (in 4×5″ it is the international standard back); it’s not imperative, but it will simplify your life

3 ) If you chose other formats make sure that the camera has a back compatible with modern, internationals, double-sided film holders 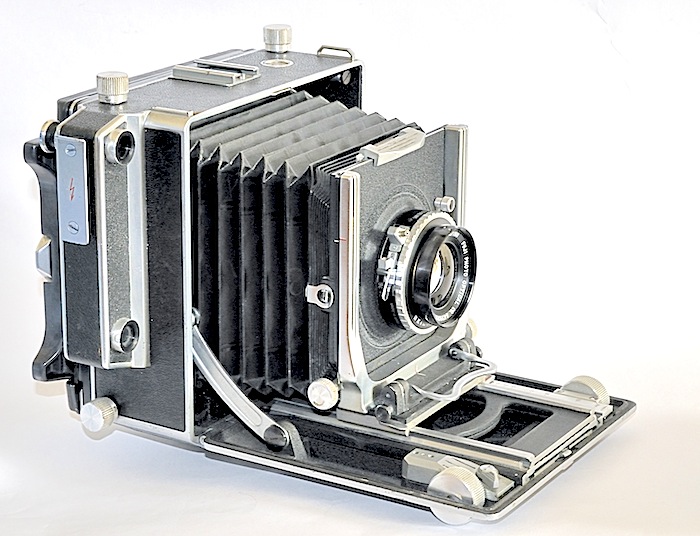 5 ) You could chose between studio cameras and field ones. The first have most movements and are usually cheaper (given the same features), but are bulky and uncomfortable to carry into the field; if you intend to use them close to your car this can not be an issue

6 ) When shopping for a camera watch for camera movements too: at least it should have frontal or back tilt and frontal rise; ideally even frontal and / or back swing. The “technical” cameras normally have more movements that others field cameras 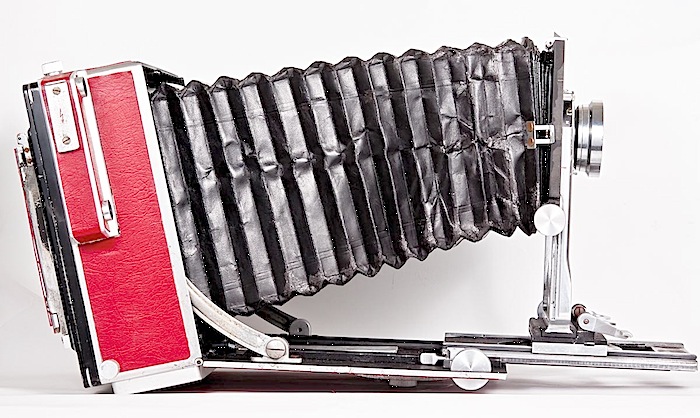 7 ) The untold secret of large format reside in using the black cloth and a good ground glass, maybe fitted with a Fresnel screen (it will enhance the luminosity); this way you can focus and check the framing easily

8 ) You can mount lenses from every brand on every camera, just change the lens board

9 ) What you have to check in a lens, quality aside, is that it has enough cover for the format of your choice. The very reason to shoot in large format is to use camera movements, but you can do this only if the lenses that are you using have a larger coverage than the film format you are shooting on

10 ) For the previous reason (the coverage circle) usually it is better stay away from Tessar and Xenar schemes lenses; these, nonetheless, are often excellent lenses and quite cheap so they can be useful starting lenses in landscape photography, where the need for movements is less felt

11 ) To focus a view camera properly often you have to follow the Scheimpflug principle. Basically it says you have to make sure that subject, film and lens planes they all converge in some imaginary point in the space to achieve the best possible focus for a given aperture; and trust me, the theory may be awkward, but using it it is really simple once you understood the basics 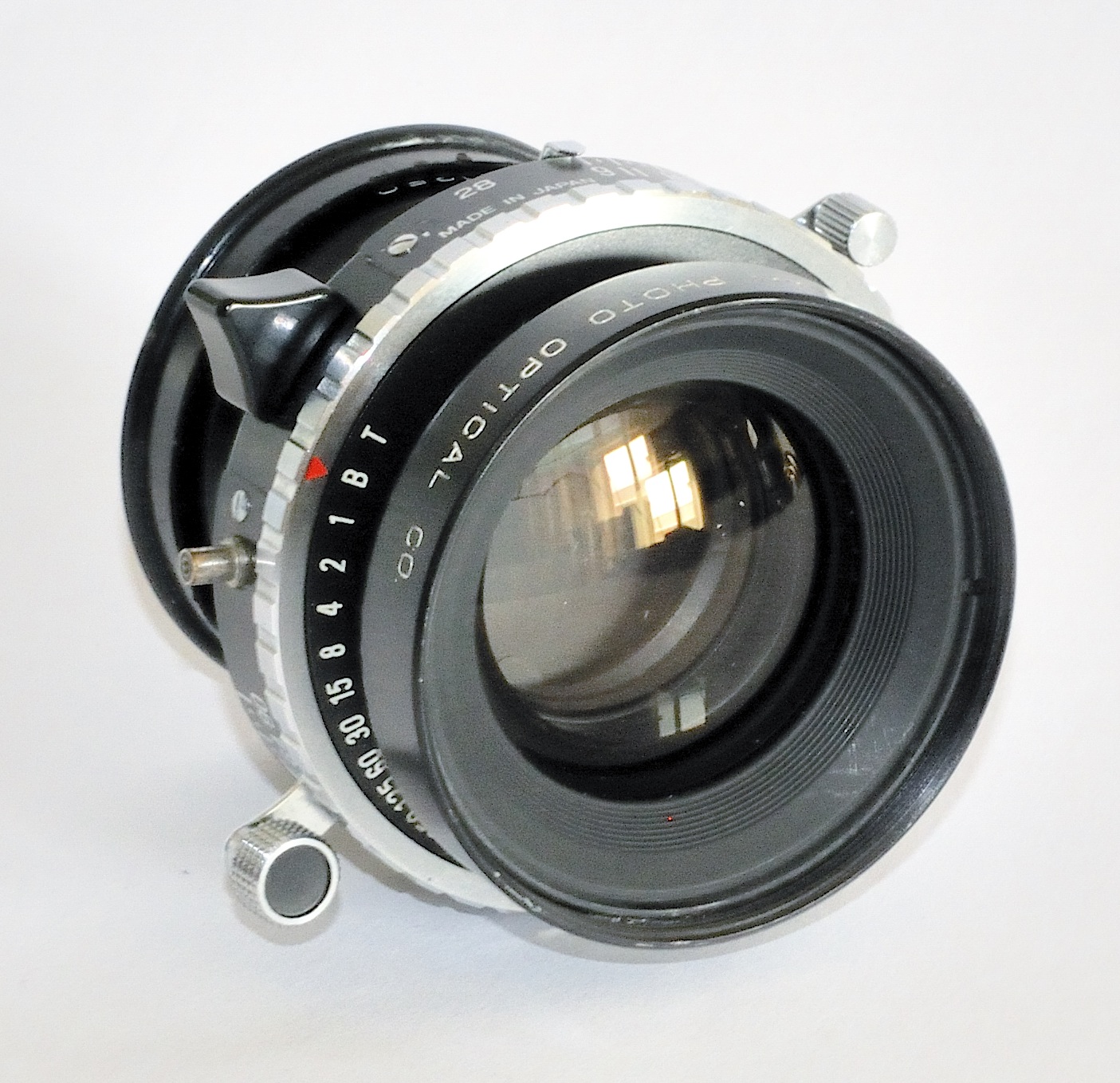 12 ) The lenses are really simple: usually just the shutter times selection ring, a screwed hole for the remote shutter cable and four little levers. One of them is for opening and closing the shutter (you’ll need to close it before you’ll pull the film holder dark slide; you’ll need to open to framing and focusing). The others are for charging the shutter, select the apertures and shoot

13 ) Best way to start is to stick to one lens and one lens only. In any case you don’t need a lot of lenses, because especially with the larger formats there is a lot of space for cropping. If you really want more your best bet is to duplicate the three lens you most use in 35mm; to make the conversion multiply every 35mm focal length for 3,3 if you are using 4×5″, for 4,4 if you are using 5×7″ and for 6,5 if you are using 8×10″; likewise divide every large format focal length for the above coefficients to know what is its 35mm equivalent