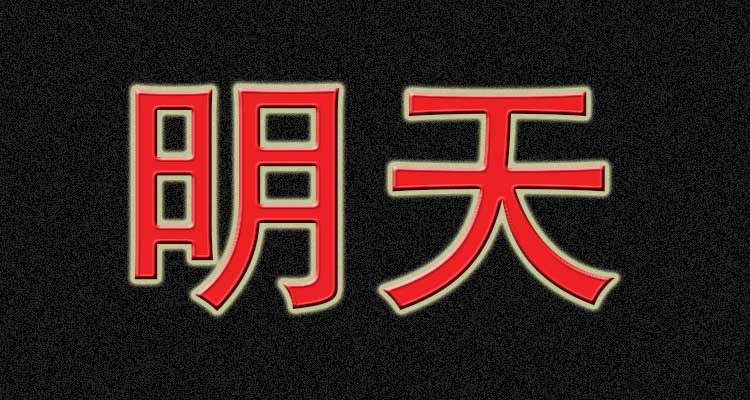 But some of you guys asked what I was up to, and when I answered – after an “holy c**p” 🙂 – you told me you were interested in knowing more. So here we are.

For the past three months I’ve started studying two completely new languages – Chinese and Russian -, and dusting up another one that I had previously neglected quite a bit – Spanish.

I’ll give you some spare thoughts about this process.

1 – It is definitely feasible to study multiple languages at the same time. It’s actually a nice thing, because often, while I’m going through the flashcards in one language, I happen to remember the terms for the other languages too. No confusion whatsoever, at least for now, maybe because they are so wildly different from each other. Paradoxically it is my mother tongue (Italian) that’s giving me grief, because interferes quite a bit with the Spanish.

2 – Start listening to podcast, movies etc. from the very beginning. Yes, you will NOT understand a single word, but you won’t learn a wrong pronunciation either! For example the first couple of movies I saw in Chinese (Mandarin) I thought – scratch that, I was darn sure – they were in some other dialect because I cannot understand a thing!!! Well, I was wrong and my pronunciation, as I was learning it, sucked big time…

3 – Forget about fancy books, at least at first. The progress with most of them is waaaay too slow. Buy or borrow a grammar and give it a first read. The fancy books will come in handy later on – assuming they have an audio track -, when you will hunt down every simple dialog you can find in that language to practice your – still limited – listening and comprehension skills.

4 – Learn what it works for you and use it. You can watch movies, listen to music, cry in front of the latest telenovelas. The foremost thing is that, aside from the time you dedicate to study grammar and flashcards, studying a language does not have to be a burden but a fun time, otherwise you WILL give up. [Points 3&4 are the story of how I do not speak French…]

5 – Use Google Translate to search for words you don’t know. If you enable all of its features it will be way faster – even if a bit less precise, maybe – than searching through a paper dictionary. And did I mention that is free?

6 – Buy books in the original language with the parallel text in English, so you can focus on learning new words instead of on doing the translation. You can also use various browser extensions that try to translate the webpages you are on, but I would not rely solely on a computer-generated translation, at least not at this stage when you cannot easily spot the errors.

7 – Use flashcards, paper ones or Anki and the like.

8 – For Chinese only: don’t make the same mistake I did. Don’t use a gigantic font for the flashcards, because you think it will make easier to distinguish the ideograms features. It works, but then after a month or so, when you become accustomed at spotting the important features, this will actually confuse you. Normally printed ideograms are much much smaller, and so less of the features are really visible.

And now something specific about Chinese and Russian – I will not talk about Spanish because many of you are more than familiar with it.

Wonderful language, it has a “musicality” that gets you.

After you learn the alphabet – and stop running away from some mile-long words -, the only real difficulty will be learning the cases. It seems scary and it takes a bit of memory – and believe me, mine sucks big time – but it will not takes a lot of study.

As a bonus, the verbs are nowhere as complicated as the Spanish – or the English – ones, and the word order is pretty much free.

This is at the same time one of the easiest and more difficult languages out there, at least from a westerner point of view. Good thing that is also one of the most rewarding.

– the romanization “Pinyin” does not correspond to the actual sounds of the words, sometimes not even close, at least for an Italian or an American. Also, because the ideograms give you no clue of their sound, this means that you will be studying three languages at the same time: Pinyn, “correct” Pinyin and written Chinese.

– the pronunciation varies wildly depending on the accent of the speaker. Yes, I mean really wildly, it’s not just a matter of intonation.

– there are only a few hundred syllables in Chinese, so many many words have the exact same sound. It’s the intonation that lets you differentiate between them. Sometimes the intonation will not be enough, and you will have to rely on the context. Obviously this is not a problem with the written language, in which each word has its own character.

– Chinese people often talk fast, faster-than-light fast…at least in movies and so on. You will have an hard time following what they are saying – hell, I’ve had troubles the first times even following the subtitles -, but each time you will succeed a big smile will spontaneously form on your face!

And now the good news:

– the tones are nowhere as scary as they seems the first few days. Just start listening to native material right away and pick a podcast with a good explanation and you will master them good enough in a few days. To speak fluently will be another matter, but this applies to every foreign language.

– most of the material you need to study Chinese is plenty available, and for free. Just go on youku.com or youtube and you will find a ton of stuff to watch, sometimes with english subtitles. This is not always the case for other languages.

– knowing Russian will unlock you the access to one of the best literatures in the world, not talking about the scientific essays. Learning Chinese will open to you a new universe. It’s one of the oldest – a few THOUSAND years & still kicking strong – cultures of the planet.

– last but not least: is one of the most poetic language I ever heard of. Many of the words – especially the compounds, i.e. the ones made up of two characters – are so striking that you will remember them in no time. Do you want a small example? The word under the title of the post means “tomorrow” – 明天 , ming tian in Pinyin – and you can literally translate it as “bright day”. Talk about optimism…

So try to learn a new language: give yourself a timeframe to check for progresses and then track them; in a few months you will be rewarded with a shining new tools in your arsenal.