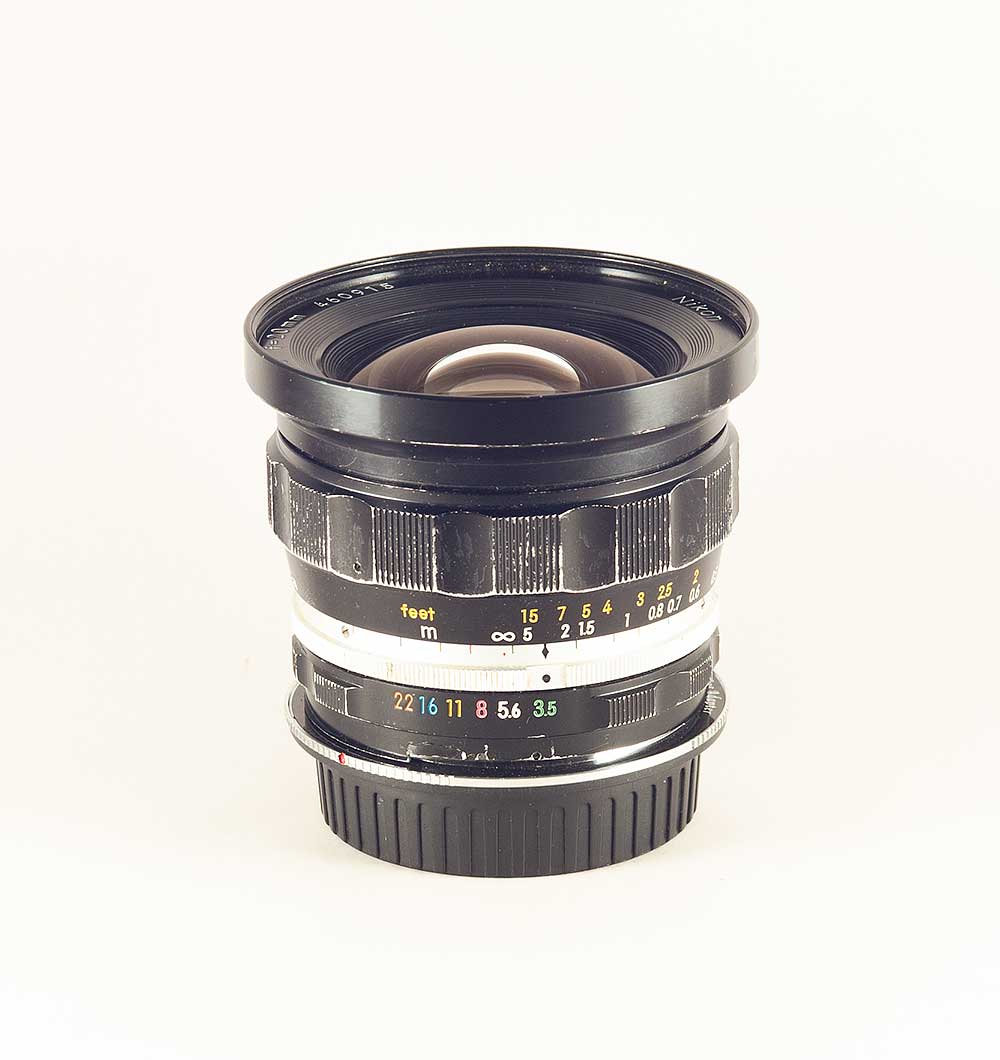 Today we’ll talk about an old timer, the Nikkor 20mm f/3,5 UD. It is a pre-Ai (or non-Ai, if you prefer) lens from the late ’60, and it certainly shows. It is beautifully crafted, something you have to handle to fully appreciate it. Even the lens cap is amazing: a single piece of what I think is aluminum that screws on the filter ring… 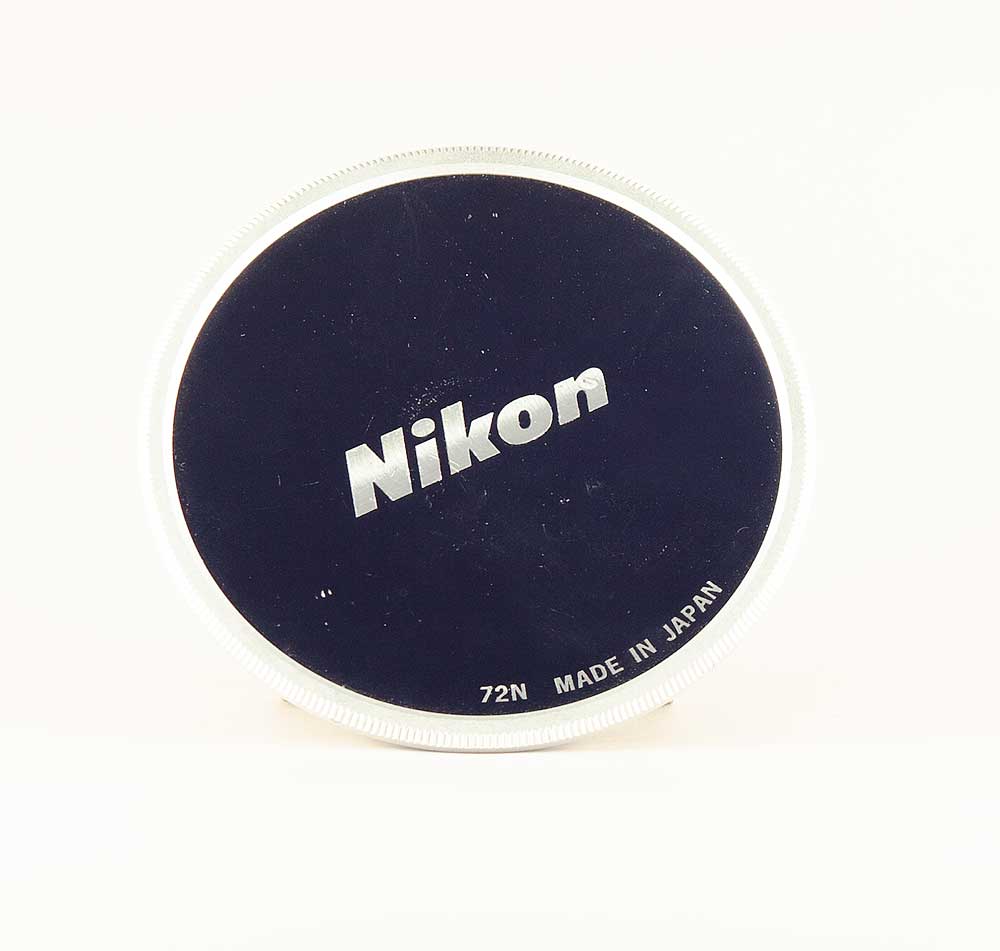 If you look at pictures of the lens it appears to be quite big, especially compared to its more modern 20mm Nikon counterparts. It is not. It is a really compact lens, the size more or less of a 50mm; it is just not extra tiny like its modern AF sibling.

For the sake of clarity: the UD in the name stands for the number of the elements used, not for some special kind of glass. U for Unus, or one in Latin, and D for Decem, or ten. So 11 elements in total (1+10). It was usual for various manufacturers in the 60s to indicate the number of the elements used with some kind of alphabetic code; for example Minolta and Olympus too did a similar thing using the relative place of the letters in the alphabet – so G = 7 elements, H = 8 elements etc.

I’m quite sure that, in order to mount it on a relatively modern – less than 30 years old, film or digital – Nikon camera you should have it converted to Ai, this in order to avoid damages to the electrical contacts on the lens mount.

To mount it, as I do, on a full-frame Canon body, and possibly even on a APS-C sized body, you will have to do an easy, but more invasive, modification. On the rear of the lens there is a small metal leap.

You will have to remove this with a Dremel – much faster – or a file. The metal is pretty soft, so, presuming you are using a power tool, it will take maybe 10 seconds top. Just be sure to pack the lens in aluminum foil or cellophane to avoid the possibility of specks of debris entering inside it. After the modification the back of your lens should be flush with the lens mount, so should look like this. 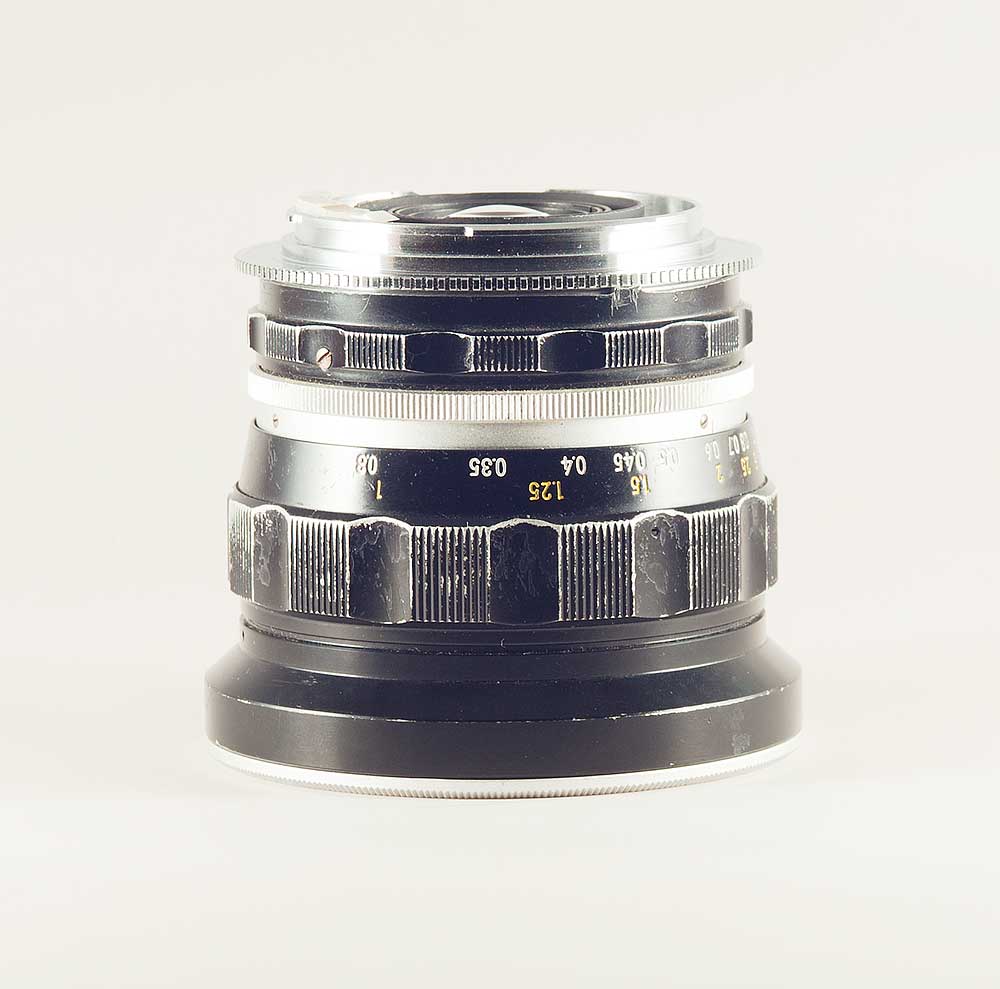 Now, how the lens performs? It is worth all this trouble?

The answer is most definitely a yes. I paid for mine a bit more than 100€. In return I gained a beautifully crafted, though and, yes, sharp lens that will fit comfortably in my pocket when not in use.

It is sharp, straight from full aperture. It is very sharp from f/5,6, and landscape-ready, meaning perfectly sharp all over, from f/8 – with minimal differences from f/5,6. The best aperture for the borders is f/11 – but again, here we are pixel peeping.

The biggest flaw is the amount of chromatic aberration. It is quite a bit more we are used to nowadays, but it is easily fixable in PhotoShop or Lightroom. And if you profile the lens – with the free Adobe Lens Profile – or if you use the automatic fix in RawTherapee the solution is literally one click away. 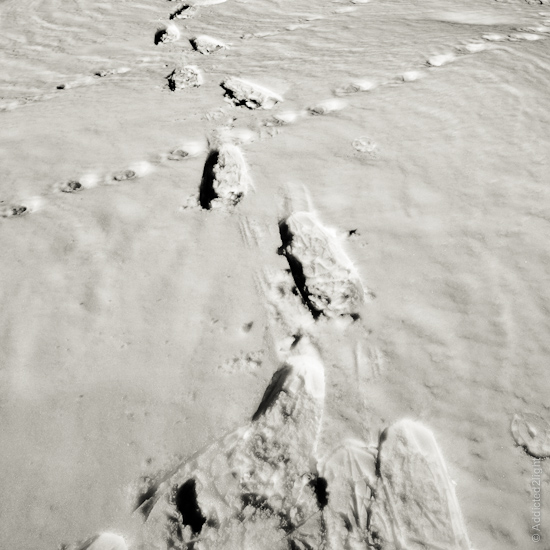 Maybe one of the last incarnations of the Nikon 20mm, one of the f/2,8 versions, is a tiny bit better optically, especially in the chromatic aberration department. Frankly I don’t know, because the last time I used one of those was on film. But all in all, at 1/3 the price of an used Nikon 20mm f/2,8, and with pretty much the same quality, this is an hell of a lens to have in your arsenal. 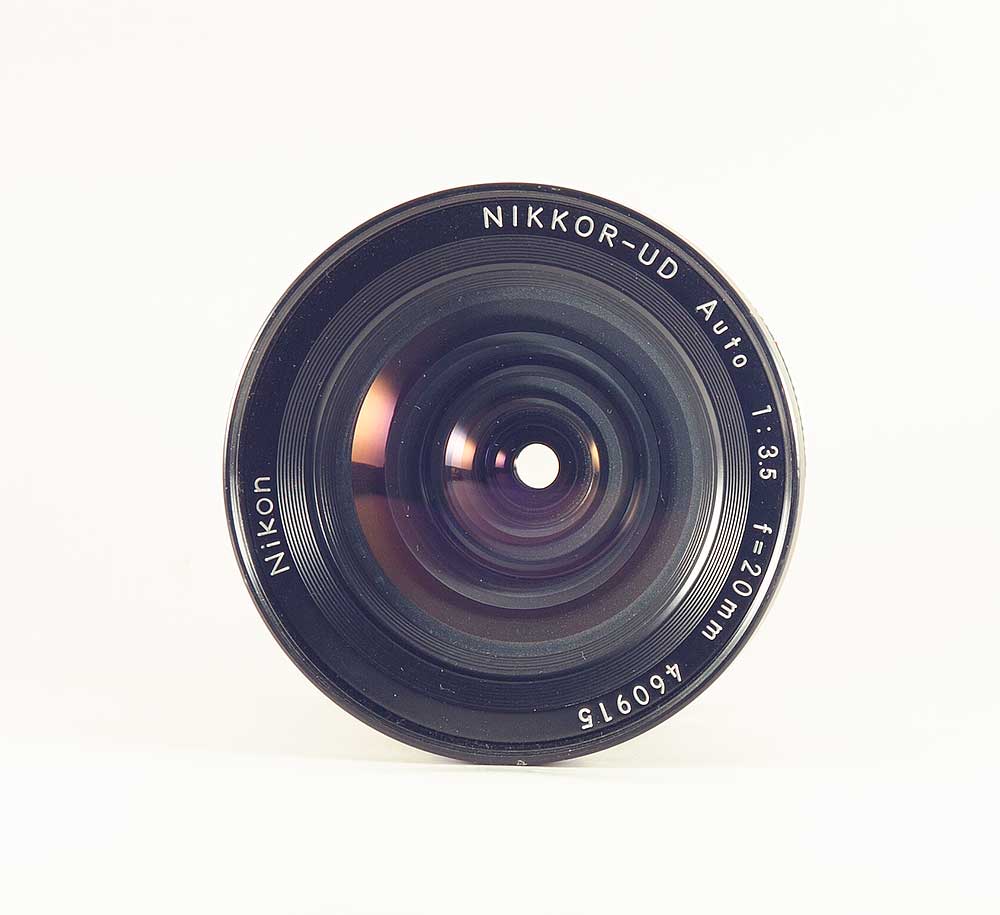 If you are curious to see how it performs against other, more modern, lenses you can check this post of Ken Rockwell (watch out, he compared the extreme borders only):

And please, consider that here it has been compared against some of the best 20s out there. If your alternative is some kind of zoom, even a pro one like the 16/17-something Canon does, this lens will probably win hands down, in both the quality and the price department.