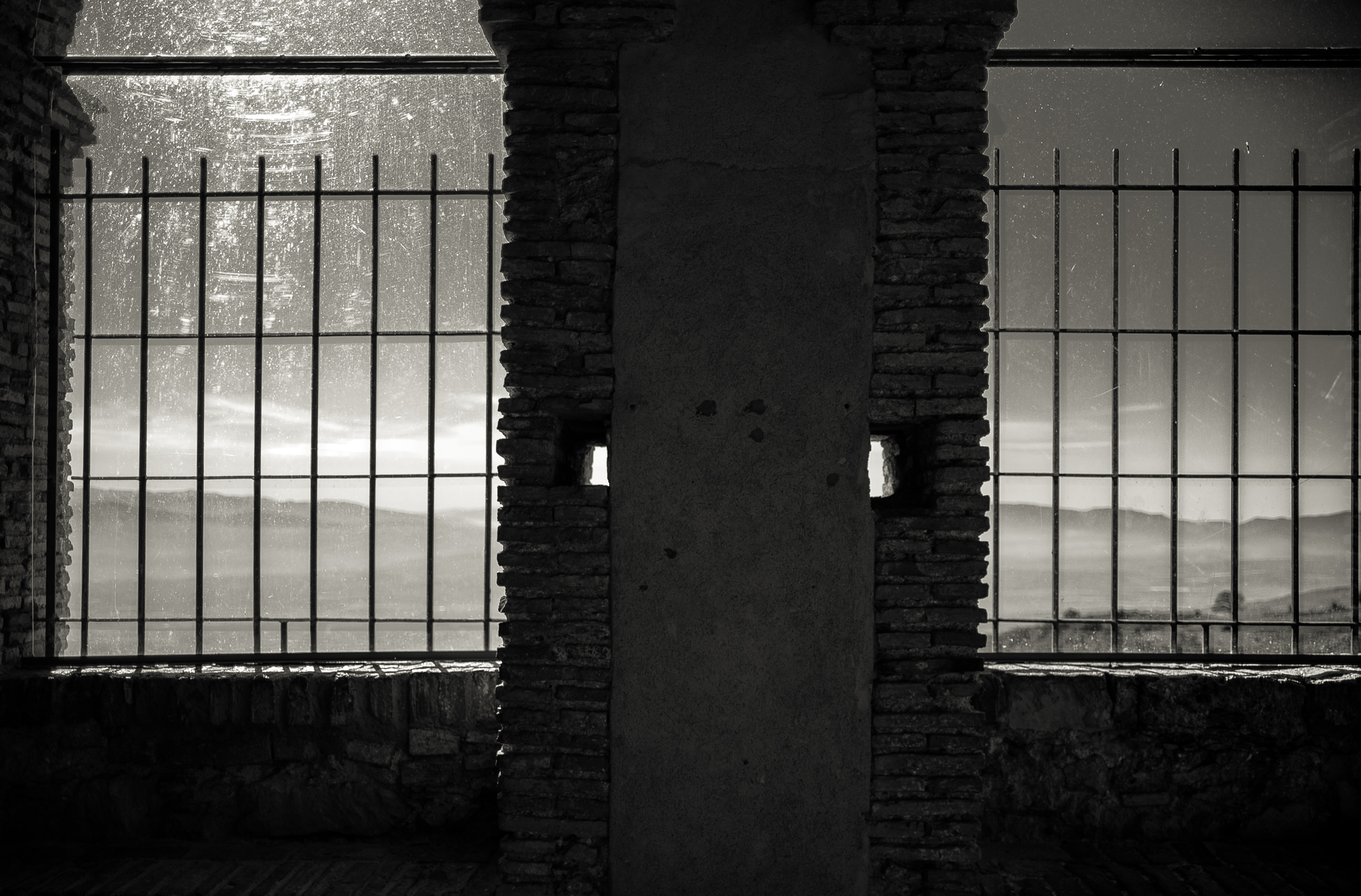 Almost four years ago – man, time really flies! – I wrote an article comparing the relative resolution of film and digital. And before we start: yes, I still shoot on both mediums. You can find the original post here:

With the last years seeing, for all intent and purposes, film beaten up to the pulp by the new sensors, at least in terms of sheer resolving power, but at the same time with the possibility to “scan” our films using those same high-resolving devices, many of you asked for a revised article. So here we are.

This time, though, instead of just reporting my findings in terms of pure megapixels power I will indicate what I think it’s a much more useful value: the maximum size you can print a specific medium / format combination at its best possible quality on normal photographic paper.

Let me emphasize: I specify on normal photographic paper, chemical based, inkjet or whatever, meaning the usual high-resolution support. If you instead, for example, choose to print on canvas, or on some kind of matte or artisanal, hand-made paper then all bets are off, and you will probably be able to get away with much bigger print sizes.

Another important point: when I talk about printing at the best possible quality I mean that an observer should be able to get really close to a print, let’s say up to 15in / 40cm, and still not seeing obvious blemishes or artifacts.

This will depend heavily, though, on the subject of your pictures. If you shoot portraits or architecture you will be able to get away with slightly bigger sizes; if you are into natural landscapes you will probably have to step down a notch from the indicated values if your particular subject involves lots of tiny details. 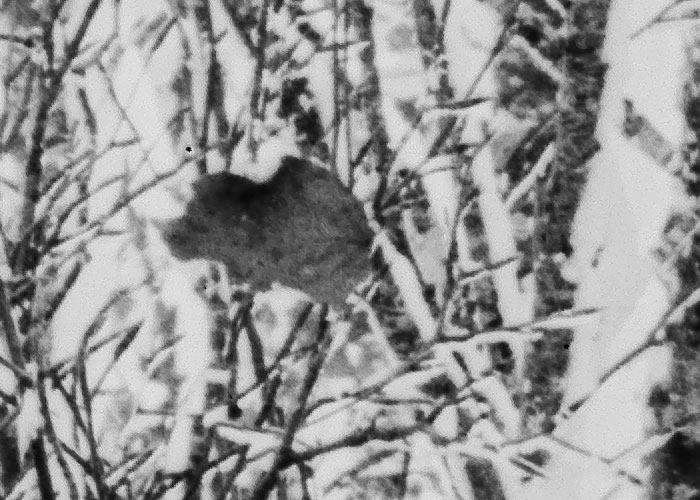 Macro 1.3x (corresponding to a ~8.500ppi scan) of a leaf on a 6x6cm frame shot with Hassleblad 500c/m and Distagon 50/4, on tripod and with mirror locked up, on Roller ATP1.1 (like I told you once the contrast of this film is really high)

Incidentally, this table will double as a maximum print size indicator for native digital files as well, as long as we are talking large sensors, let’s say m4/3 and up, and not the tiny stamps found in some compact camera or cellphone.

All this supposes you are starting with a raw image; if you’re not, make yourself a favor and start shooting in raw. The tiny jpeg compression artifacts, invisible at native size, and the limited tonal range become both pretty fast quite visible when you start interpolating to print on a big sheet of paper.

Please keep in mind that these are measured value, albeit in a subjective and totally un-scientific way. My method has been simply to check what medium & format worked best up to what resolution. Also, in comparison with my own previous article these value are somewhat smaller; I’ve become more picky getting old! 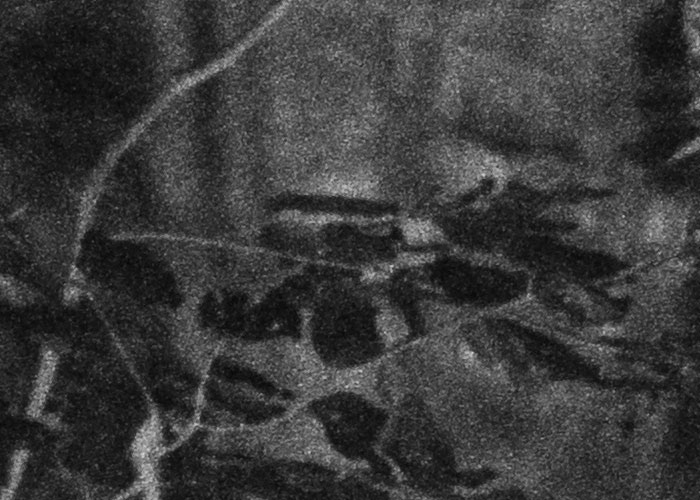 The smaller the resolution of the starting image, the more important will be a judicious use of the various sharpening and contrasting tools in your post-processing arsenal. Personally I use the extremely good former Nik, now Google, Sharpener PhotoShop plug-in in combination with various layers in which I make use of the dear old USM at low levels to bump up the perceived contrast.

In terms of what we can call printing potential digital wins hands down, thanks to its far greater acutance compared to film. Even when it actually registers far less detail than film, the micro-contrast is so high that it still looks much sharper to the casual observer. Besides, a native digital file takes the abuse of post-processing with much more aplomb. 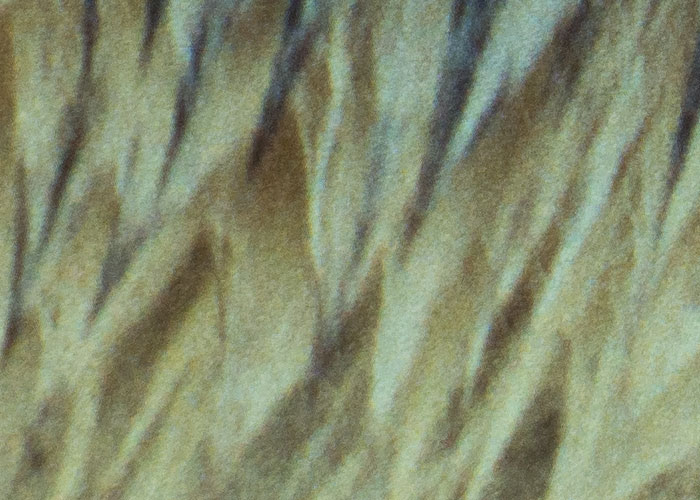 This difference in acutance is the reason for which I indicate two different resolution values for each film format, and I think the source of confusion in many a forum discussions.

The first value I call it FEM, short for Film Equivalent Megapixels. This value indicates the size of a scanned image in which you were able to extract pretty much all that’s been recorded on a piece of film. Obviously these are average values: an image shot hand-held in windy conditions will resolve a tad less, one shot on a tripod with a fantastic lens and mirror lock-up a bit more. Like all averages these exclude the extremes, meaning shooting with a pinhole camera (lowest possible resolution) or with a Leica Apo-Summicron or a Zeiss Otus (because how ridiculously sharp these two lenses are your film will probably get cut, anyway).

Should you think that the previous frames were badly focused or shot with a faulty camera, this is how they would appear at a normal viewing magnification if printed pretty big; all the macro shots were taken with a Sony Nex 7 and a Contax Makro-Planar 60mm (plus a short tube) resting directly on top of the film, with a 2s delay after the shutter actuation

The format for which I think there will be the most variation is 4×5″ (and bigger). This because people are shooting it with an host of wildly different cameras and lenses. Yeah, I know, sounds like every other format, but trust me: in this case it counts because of three factors.

First of all: many old large format lenses weren’t built for maximum resolution, the reason being that the bigger format necessitated less resolving power to begin with.

The second reason is that not every film holder is created equal; in the worst possible case you will have not only film flatness issues that will rob the sharpness you seek, but the film will also move a tiny bit during the exposure sliding toward the bottom of the film holder!

Lastly, using a large format camera in the field is not the same of using it in a studio: even in a moderate wind the bellows will act like a sail, robbing you once again of the the sharpest results. That said, if you can overcome these factors the quality is stellar, no doubts.

So let’s cut to the chase: here is the revised table.

*Scan resolutions given, respectively, for a 240 and 300dpi print without interpolation. The amount of detail will NOT go up using the higher value, meaning that with a scan sufficient for a 240dpi print all the detail on film has been actually already resolved. Stepping up the scanning resolution makes for a sharper-looking print and serve the purpose of over-sampling the film to overcome the MTF resolving limits of the lens-camera / lens-scanner combination used.
**Film Equivalent Megapixels: based on my own tests, experience and taste, the actual value – in terms of megapixels – of a piece of film is more or less corresponding to a digital sensor of 1/3 the resolution. This happens because of the difference in acutance at the pixel / grain clump level that in the case of film is really low, and conversely extremely high with a CCD or CMOS based device.
***Resolution of a scanned piece of film converted in “classical” digital megapixels
****These two films sport an acetate base – literally a dust magnet – and a limited tonal scale; in many regards they behave like a black and white slide film, and for the best results need to be developed in their specific developer.