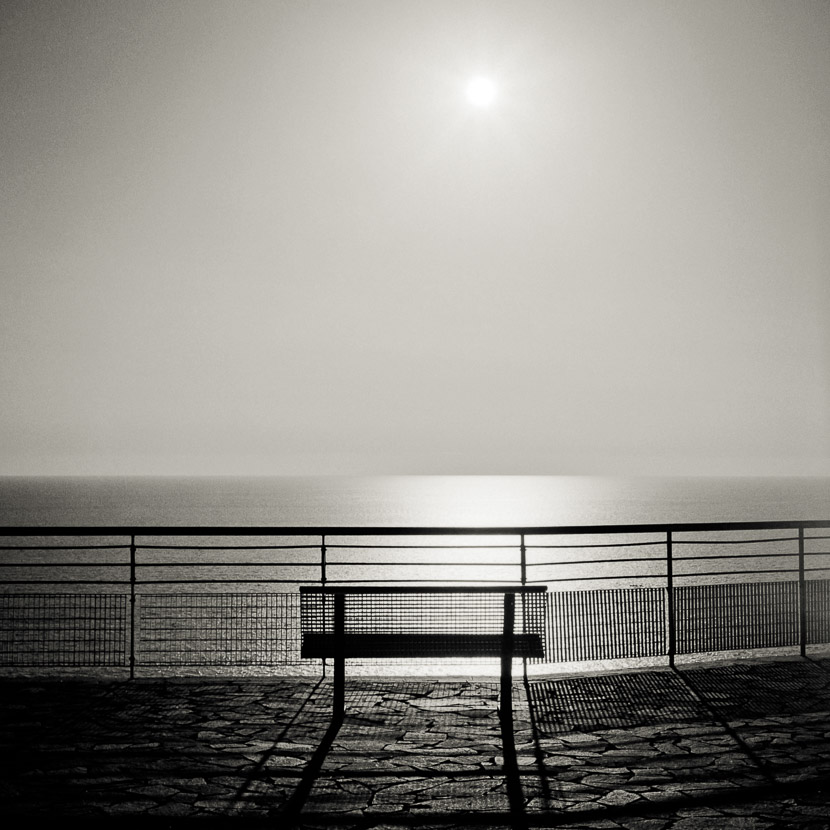 Today we begin a new series in which I will tell the story behind some of my pictures, like many of you asked me to do. We start with a photo a few years old: “Bench #3”.

The bench is located in a nice quiet square almost on the highest part of the old town of Acquappesa, on the Calabrian coast of Italy. You can reach the old city via car, using the main road, or via a beautiful – and hidden, you have to know it is there – staircase built straight into the side of the mountain, passing under fig trees and prickly pears. It looks something out of a Verga’s novel, and it is definitely one of the best smelling roads I’ve walked! 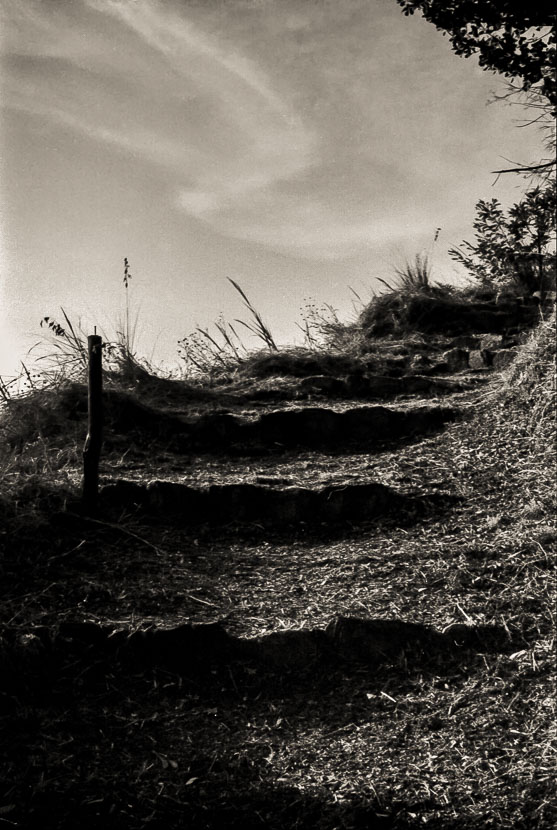 The staircase (shot with a Pentax ME Super and a 40/2.8 Pancake I kept in one of my cargo pants side pockets)

The original inhabitants chose not to live at sea level for fear of the pirates, that infested these coastline up to the early / mid 1800s. But living here came at a cost, and you will notice how difficult must have been to build something on this kind of steep terrain when your legs muscles will start asking for more glycogen!

The problem with this picture, like any other time you shoot in an amazing location, has been to decide what to include. The scenery of the “piazza” was beautiful: an ancient paved square with old lampposts and just shades of blu – sea and sky – everywhere up to the horizon. The only audible noise cicadas chirping. 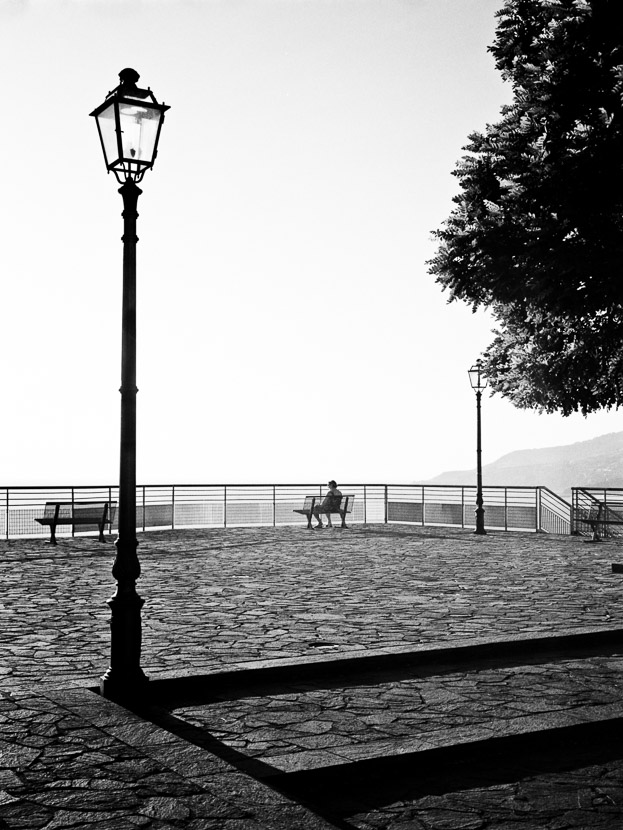 A different view of the “piazza” shot just moments before

In a sense I was lucky I had with me a film camera and not a digital one; if I had a color version of the scene I guess to this day I would still be unsure what to prefer, the color on the black and white one.

But like I said I captured this landscape on film, Ilford FP4 125 Iso developed in Agfa Rodinal 1+100, with a magnificent if a bit quirky Fujica GS645 – the first model. The original bellows of this camera was quite prone to develop light leaks, and mine was no exception: on the original negative there is a big leak just on one side of this image. Thankfully I had already decided for a square crop when shooting, and the side that I decided to crop out was just the one with the leak…sometimes you got lucky. Needless to say, as soon as I knew of the leak existence I taped the hell out of the bellows with electrical tape, and then replaced the original one with a DIY version much much more robust.

Even without chimping – obviously impossible to do with a film camera – that day I knew all the same that I’d captured a few images I liked, this being one of them.