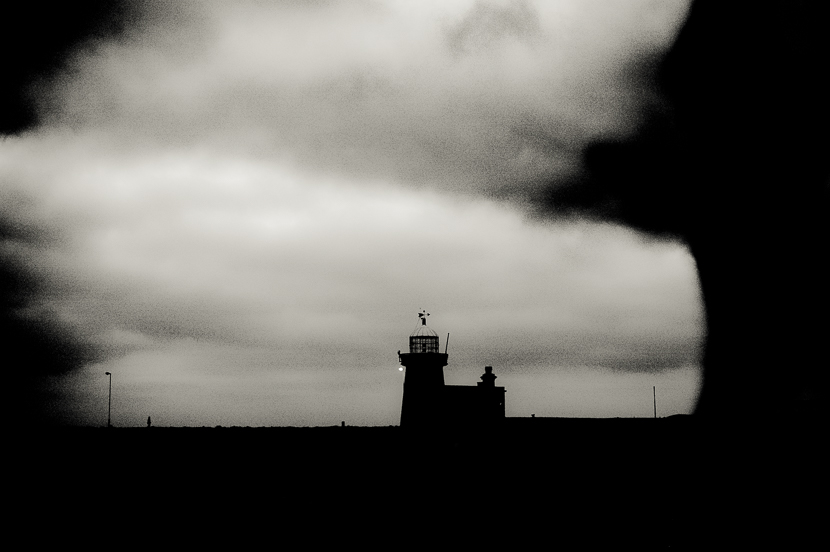 This is the Howth lighthouse, just a bit outside Dublin in Ireland.

I went there on a day trip with two friends of mine. The day was ending, the weather was more than just “bleak” and low light situations weren’t exactly the D70 forte.

Besides, stabilized lenses where yet to be of general use, so I had to make do with the trusty 18-35mm AF-D I had since the F4s and the film days.

The good thing of the D70, besides being the next big thing since sliced bread at the time, is that it employs a CCD sensor, instead of a CMOS one. That means low light performance is going to suffer, yes, but as well that colors and contrast are very film-like.*

*And as an added bonus, a global shutter with the possibility to sync a flash up to 1/500s; a strobist dream…

The opening image is also an example of why you should revisit you catalogue once in a while. At the time I simply didn’t have the post processing skills I acquired a few short years after – or that I have today -, and I’m sure in another 10 years I’ll say the same about what my skills are now. Neither did I see things in the same way I see them today, meaning my vision and my taste has changed a lot. 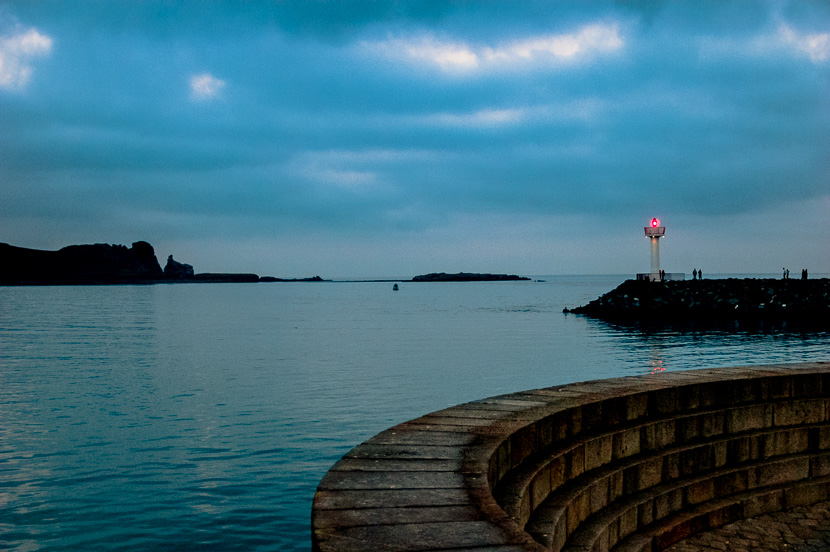 Like I said low light performance of the D70 wasn’t great, but luckily there was a low wall surrounding the harbor that I was able to use as a platform to stabilize the camera.

Seen the shot in sequence with the other ones I took moments apart it looks to me now like the obvious one to take, but at the time there was a lot of stuff going on around me: we were messing around with my friends, we were hungry and thirsty, and a funny-looking seal kept making an appearance in the harbor waters disappearing the second you tried to aim the camera at it.

This is why you should work a scene and edit at the computer, not on the LCD back of your camera. While you’re in the field you concentration is simply to thinly stretched out from all that’s happening around you, let alone the size difference between a 3″ LCD and your computer monitor and the fact that the latter should be calibrated while the one on your camera is not.

The day ended up with a few keepers “in the bag”, a couple of pastries and the nicest cup of hot chocolate I ever had in a café just a bit outside the harbor.