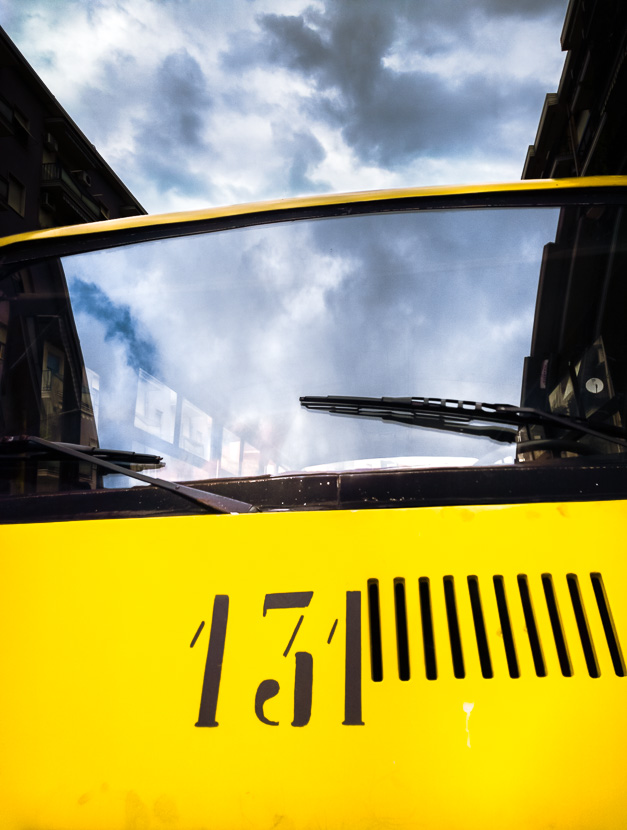 Sometimes you have to make the best out of a bad situation.

In this case I was in a hurry. But when I arrived at my car I found it blocked by this school bus double-parked.

I started calling the driver attention, wherever he/she was, using the car horn.

At that point I had two choices: I could either ram the bus with my car 😉 or I could make the best out of a bad situation.

After careful consideration I choose the second way…mostly because I din’t want to scratch my car. So I took my camera out and started shooting a few frames.

The driver din’t show up in the end. Normally I would have called the cops, but like I said I was really in a hurry*. So, lucky for him/her, I decided to let go and instead took my bike.

*if I called the cops, I’d have to wait for them to show up

In the end it was even better: not only did I have the chance of exercise a bit, but parking at the place where I had to go became a non-issue!