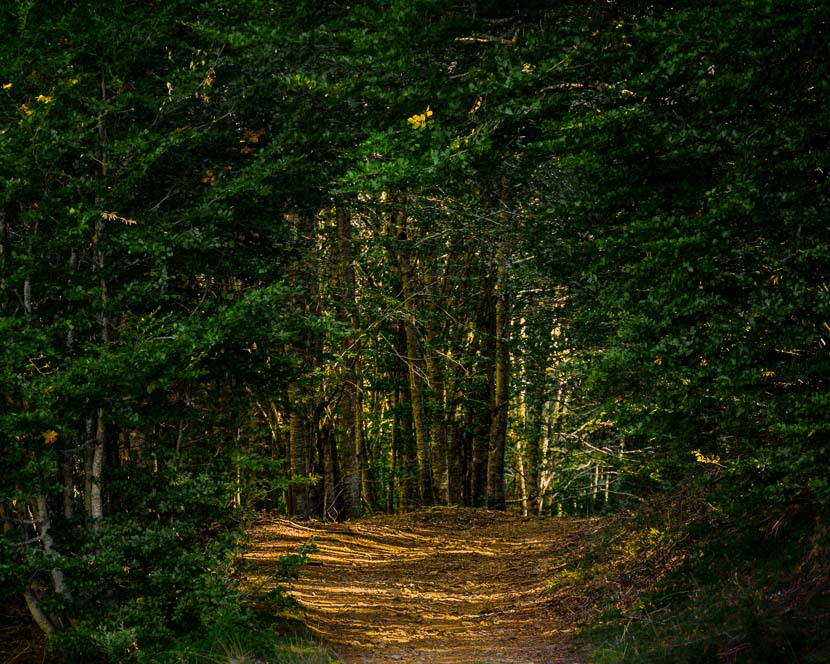 Oftentimes a picture and its framing might seem obvious, at least after the fact.

But the reality is that when you’re out shooting you’re surrounded by stimuli everywhere you look. And not only that, but your other senses are overwhelmed as well from perfumes, sounds, etc.

Given that photography is essentially a form of selection, the problem is: how do you choose what to “cut” out of the landscape in front of you? Which one is the meaningful piece?

Incidentally, this difficulty is one of the reasons that make digital superior, in a way, to film-based photography. Each additional frame doesn’t cost you anything, so you can afford the luxury to shoot at will – up to a point – and select the best shots in a situation less emotionally charged, i.e. when you’re in front of a computer display and not in the field.

On the other hand, this is also one of the reasons that make digital inferior, in a way, to film-based photography, when you happen to take this freedom too far and start shooting without restraint, in a “spray and pray” fashion and without thinking first.

In this occasion the scene I had in front of me was pretty varied, not particularly pretty, and the light wasn’t that great either. It wasn’t a complete bust, but it wasn’t anything to get excited about all the same. 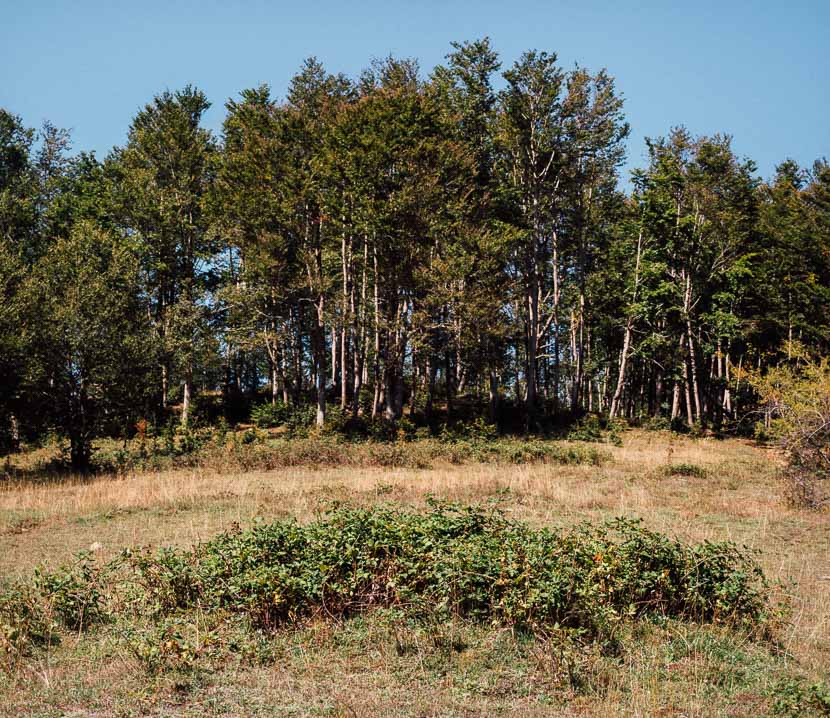 Nothing exciting going on here…

When I find myself in a similar situation I tend to do one of two things: if that particular day I feel grumpy, I hop in the car and change location in search of something suitable for that light*; if I still have a bit of hope, instead, I start wandering, just walking aimlessly back and forth.

That’s what I did this time, and it paid off. This “portal” emerged when I doubled back, going around the base of the same hill but from the opposite direction. And, lucky me, it was also bathed in decent light!

The only problem was that there was no place to firmly plant the tripod. But the OIS of the Fujinon 55-200mm come to the rescue, with a little bit of help from an higher Iso value (800Iso). The L-bracket on the Fujifilm X-T10 did its part as well, giving me a better, more stable, grip. And I still got plenty of detail to work with.

The biggest problem was actually, in post, managing to get a natural-looking result giving the extreme contrast between the trees in shadow and the sun-bathed trail. The balance, in the end, was mostly a matter of taste.