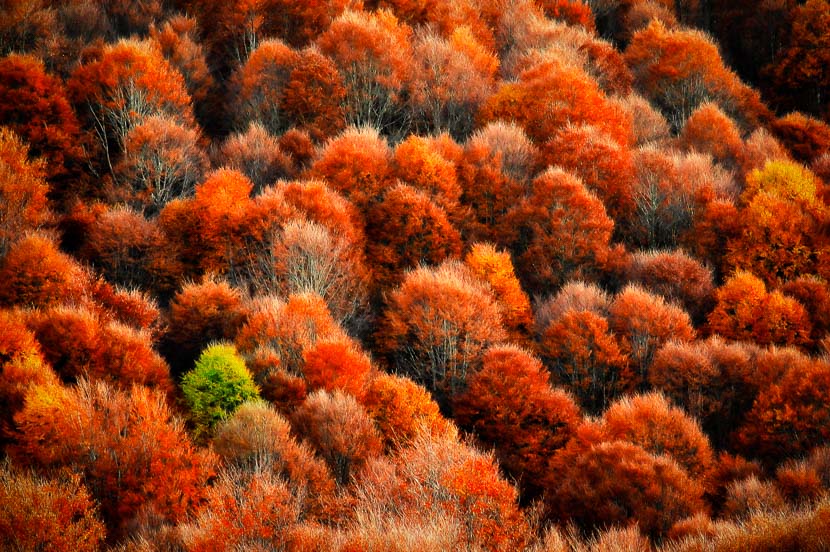 This is an old picture, shot with the 6 (yes: six) megapixels Nikon D70.

At the time the D70 was simply a resolution-monster, the next best thing after sliced bread, and its CCD sensor performed beautifully.

The day when I shot this wasn’t looking like a good one. The weather was not collaborating, with a white-ish sky not especially attractive.

It’s not often that I’ve come home from this location empty handed. The “Strada delle Vette” (“Road of the Peaks”) is one of the most scenic of the entire Sila plateau. Generally all it takes is diving into one of the woods that border the road, and at some point or another you will stumble on “your” picture.

This day, though, I had decided to throw in the towel. I had already packed everything up; but instead of going straight home, I chose to take the long way around, even if the weather was looking bleaker and bleaker by the minute.

…and after a bend in the road I stumbled on this beautiful patch of trees, on the side of a distant hill. Needless to say I hit the brakes hard!

Then I opened the bag, that was on the front seat, and mounted the longest lens I had with me, a Nikon Nikkon Ai-s 200mm f/4, on the D70 sitting nicely on the tripod. Luckily it was a long enough lens…it’s not that I had the room to crop with just 6 megapixels. 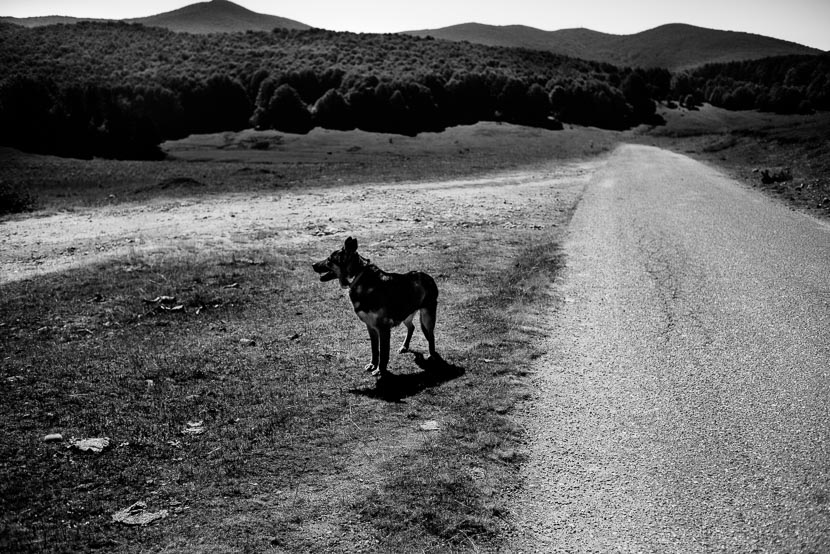 Same road, 500m before the place where I took the picture under the title, several years after

The light lasted mere seconds. So much for people saying that landscape photography does not require timing! I waited a few more minutes, but instead of getting better the weather took a turn for the worse. It started raining so hard that I had to turn back and go for the shorter road, because the route I was planning to go through wasn’t practicable anymore due a ton of mud coating the tarmac.

I stopped every year since on this same spot, hoping to be able to replicate the image with a better, as in “higher resolution”, camera. But never since I’ve seen a scene even vaguely similar. I guess the ancient Romans, and Horatio in particular, were right: carpe diem, “seize the day”, is something even as photographers we should strive to do.