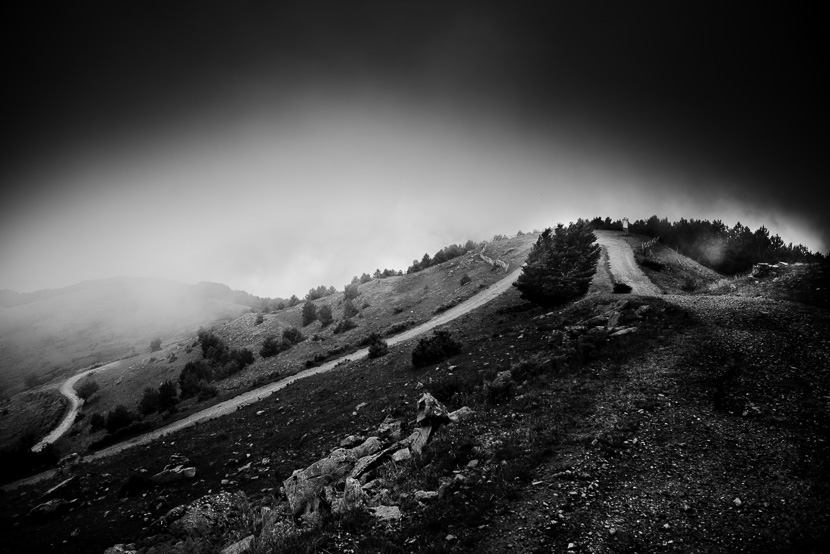 Things don’t always go according to plans. Mount Cocuzzo is a famous location, because from the summit the view spans over a fair bit of the Tyrrhenian coastline.

I started the ascension under a scorching sun, but as you can see the atmospheric conditions took rapidly a turn for the worse, weather forecast notwithstanding. A thick fog – possibly even a bunch of low clouds – soon blanketed the entire landscape rising along the slopes facing the sea. I still had a bit of hope to get over the fog once I reached the summit, but alas it wasn’t going to happen.

What do you do when things don’t go as planned? You turn 180 degrees!

Given the vistas were just a gray wall of water vapor, I turned back to take a picture of the footpath that took me there. The bleak, deserted landscape was a perfect background for the atmospheric conditions. And the road, with its sinuous bends, like a nice ribbon guided the eye along the route. 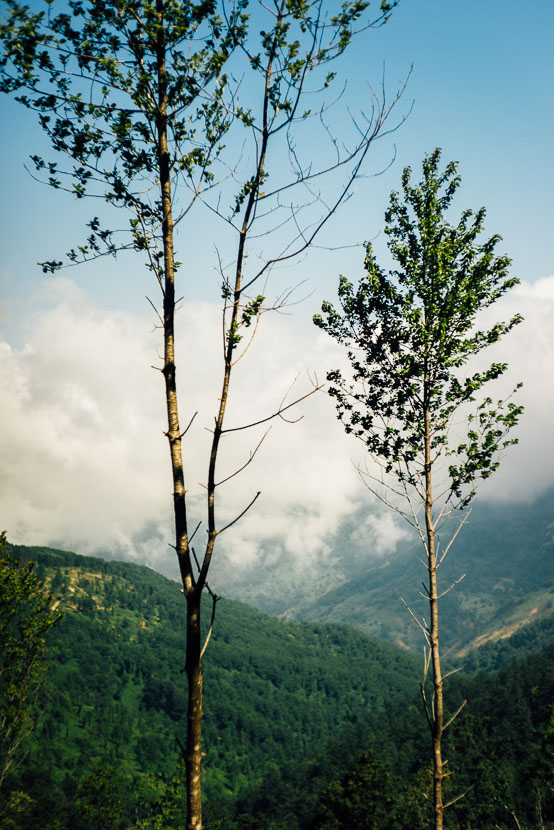 I used a Sony A7r plus a legacy Yashica ML 28mm f/2.8, obviously on a tripod given the really low light levels. I was carrying the lighter one of my tripods due the fairly steep grade of the last part of the ascent. Luckily there wasn’t that much wind, contrary to what usually happens in this place, so the legs weren’t being shaken too much.

The choice of black and white was fairly obvious, at least for my taste, and already taken into consideration at the moment. Not that a color version would not have worked, but in my opinion the greens and yellows of the vegetation would have taken away the viewers’ attention from the geometric sinuosity of the composition.

If there is a point to take away is: don’t get discouraged when things go sideways, if you stay focused you can still be able to come home with something, even if not what you had in mind to begin with.