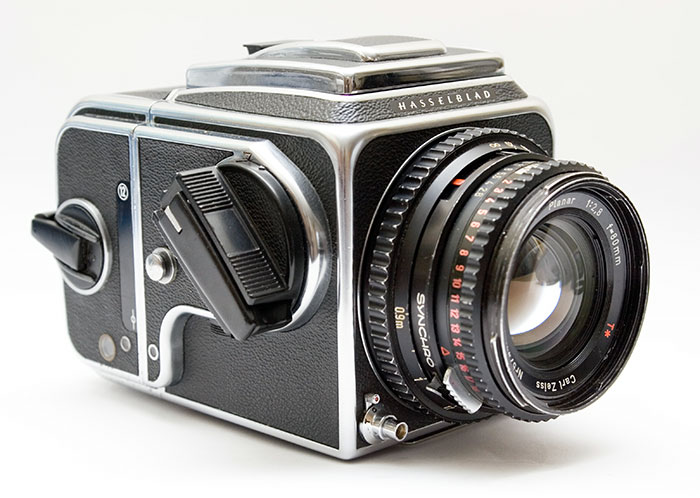 Ok, I have to admit: this review is completely flawed.

I love the ‘blad!

The Hasselblad is the first auto-composing camera that I know of.

It has some kind of magic: every time I put it on the tripod the picture is right here, without the need to search for another framing or something.

So yes, this time I am partial.

Sure, the camera has its flaws: it’s clunky, prone to mechanical damages, the magazines sometimes develop a leak.

But the simple act of loading the film and turning the crank all the way it is a sort of zen exercise that aid my concentration to focus on what is important: framing and shooting.

No beeping, no lights, no winders that “wiirrs” around.

And obviously the quality of the Zeiss lenses is nothing short but gorgeous. 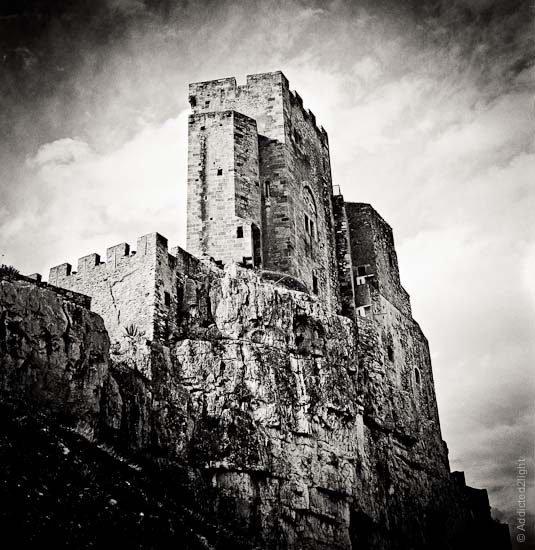 The only downsides I could think, aside the defects I listed above, are related to the price (around 500€ complete with an 80mm lens, a film magazine and the waist level finder) and to the need of a really good scanner to deliver all the good that it is capable of.

It’s not for all, because you have to “think square” and love it, but if this it is your case and you have the money take a shot at it and I bet you will not regret.

I started commenting on an Hasselblad review on another website, and it dawned on me that the same things I wrote there could be useful here! So here it is a slightly amended version of my comment, as an update.

The Hassy 500 for me is still THE camera (in the medium format world, like the Nikon F4s is THE camera in 35mm), even after all these years.

PRICES
At least in Europe, were I live, sourcing one is definitely affordable: during the years I bought (and then sold, when I was convinced that buying the next digital megapixel monster was “the solution”…it was not) two of them. Now that I am back to shooting mostly film I bought – and kept! – other two, one 500c and one 500c/m. For the 500c, with an 80mm, I paid 350€; for the three 500c/m I bought during the years, always with a lens, I never paid more than 500€.

Changing the light traps on the film magazines should be made every couple years or so, but is easy enough that you can do by yourself, and the mylar traps cost just a 4 or 5€ each at most.

SCREENS
As for the focusing screens, I never shot with the latest version of the Acute Matt, but I’ve used the model before last, and while it was quite bright, for me it was almost impossible to understand what was in focus and what wasn’t because the contrast was too low. I’ve since found that I strongly prefer the original screens they used in the 500c, because the image snaps more readily in and out focus. So in my book no need to spend more for a 500c/m just because of the user replaceable screen.

DISTAGON 50mm
Many years ago, at the time of this review, I was saving and checking auctions sites in order to find a 50mm Distagon FLE at a decent price, when I stumbled on a battered old 50mm Distagon C, the very first version. When I say battered I mean it looked like it fell from the back of a truck, on an highway, and rolled for a couple miles on the tarmac (I can prove it…I used its picture for my review at the time!). It was 150€, so I bought it as a temporary solution, but I ended up with a super sharp lens. I shoot mostly landscapes, and that thing was super sharp even in the corners! My guess? Unless you use a digital back, don’t bother with the FLE and spend your money on film and travel 😉