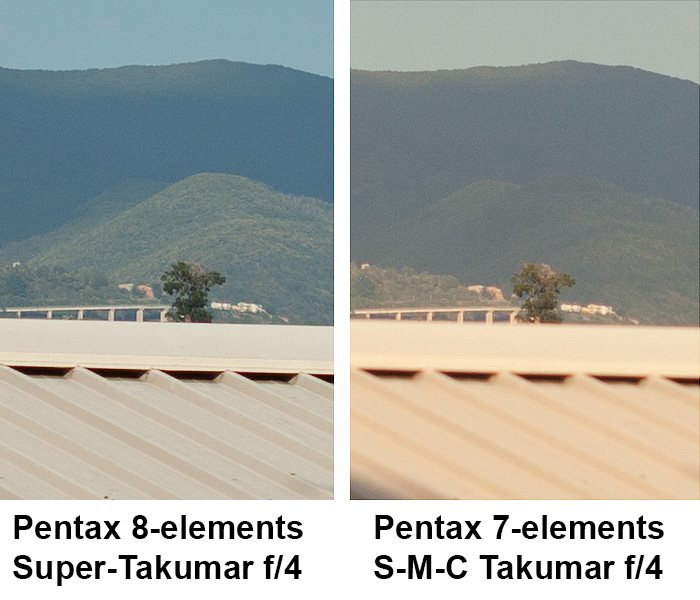 Like I reported in the previous post Battle of the 50s, the two Pentax Takumar currently I own, both 50mm f/1.4, behave in a striking different way regarding the depth of field at any given aperture.

The 8-elements in particular exhibit a much more extended sharp field, compared to its sibling.

This gives to it probably even a slight margin in the sharpness department, if not for anything because the focusing it is less critical.

Both of the pictures above were taken focusing with the aid of the 10x zoom in Live View on the tree in the center, that was nigh at infinity, on a Canon 5D Mark II. The roof in the foreground, instead, was at about 10 meters.

The details are from the dead center of the frame, and both from shots made at the same stop: f/4.

As a side note you can also appreciate the wildly different tint each lens has.

Unlike the different depth of field, though, this would be easily modifiable in postproduction to make the two results look more alike.