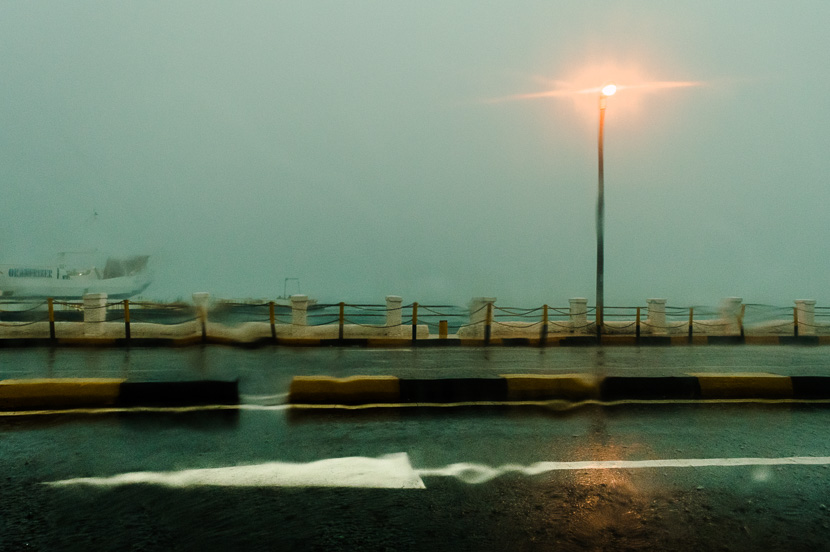 Imagine a scene from one of the thousands of disaster movies, with lightnings falling everywhere around you, deafening thunders, thick dense heavy rain that you almost can’t see anything, and fierce gusts of wind pushing your car from side to side.

This was the situation in which I found myself in this particular day. I had to go to Sicily, and considering I was going to participate to a photography show I couldn’t really postpone the day of departure.

The picture in question was shot in the port of Villa San Giovanni, in a lull of the storm, waiting for the ferry to show up – and hoping for the sea to calm the heck down!

I did not even dare getting out of my car, and so I shot through the driver window (don’t worry, I was parked!). And I was right to stay in the car: a couple of seconds after I took the shot a “wall” of water come down from the heavens. 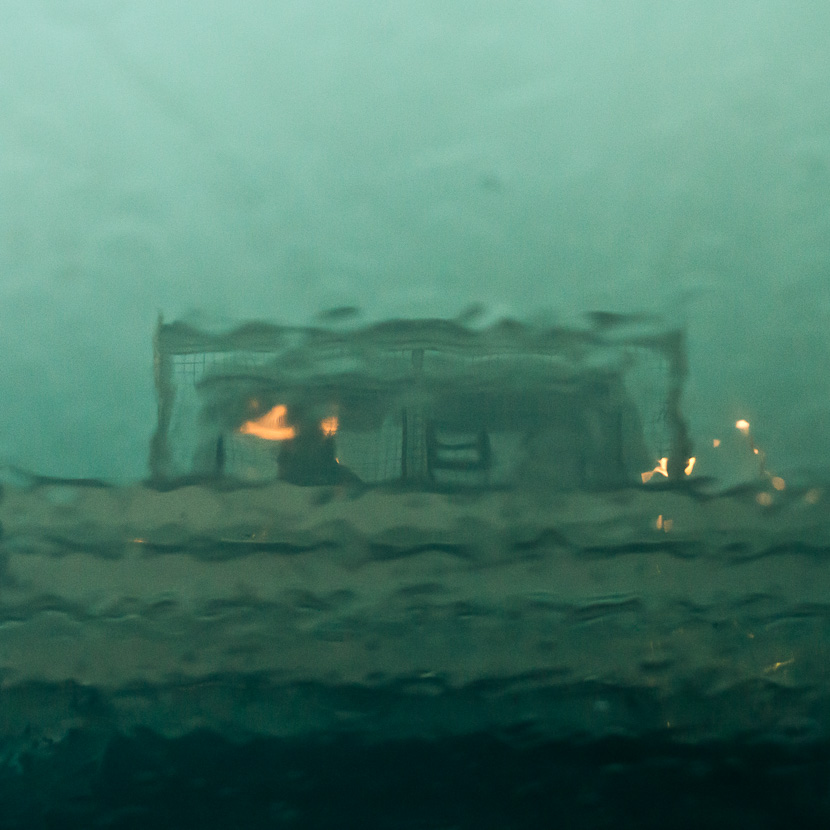 This is the van in front of my car, through my windshield, a few seconds later.
Nope, stepping out of the car was out of question…

All I could see were, literally, the rear lights of the van just directly in front of my car…the entire world was water! It has to be like this that a fish in a bowl feels.

To take the shot, given this wasn’t a trip specifically devoted to taking pictures, and most of the time I would have had to leave the camera in an hotel room, I had with me an el-cheap-o Nikon D3200 plus its 18-55 VR II kit lens. A plastic-fantastic camera, but it did the job.

It is also true though that just during this trip I started hating the guts of the D3200. Beside the horrible user experience, what got me was the crappy LCD: not only I was never sure if I got the picture, meaning if it was sharp and not blurred by camera movement etc.

I could have lived with just that – after all when you shoot film you don’t know this either. 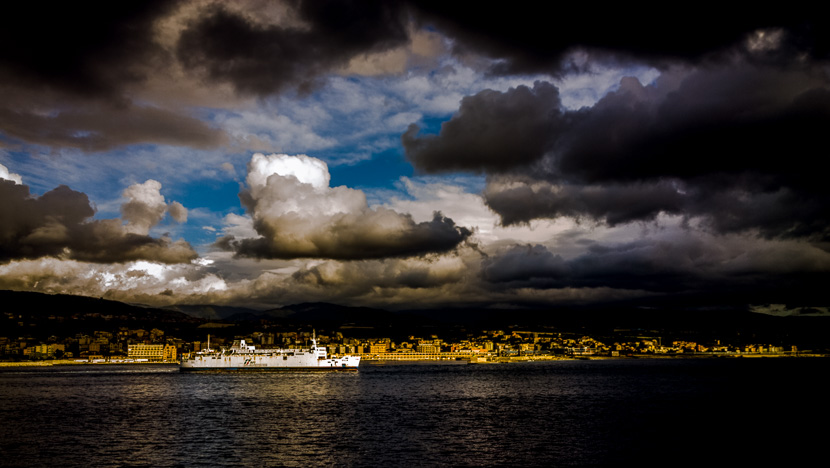 Luckily in an hour or so the weather changed for the better.
This is the coastal city of Villa San Giovanni, from the ferry.

But, way way worse, the pictures on the LCD looked consistently like crap, so for the entire trip I questioned what the heck was I doing wrong…not funny.

Needless to say I sold the Nikon the day after I got home. Life is too short, and gear is too good these days, to put up with stuff that doesn’t make you happy!