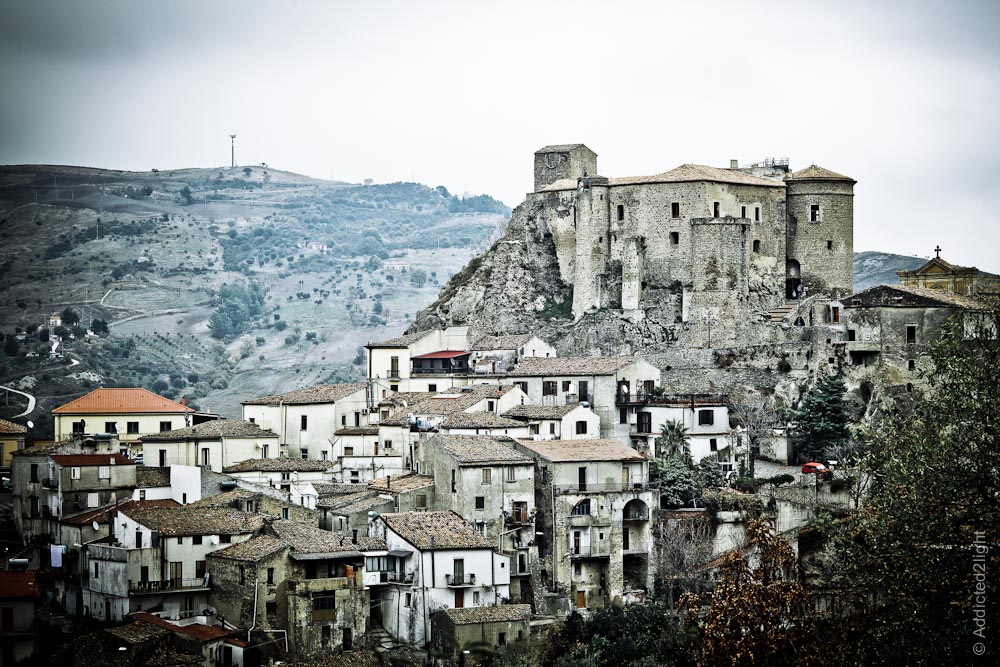 In the “old” darkroom days we were used to choose various combinations of film and developer to obtain different results. Some combos exalted the acutance, others put an accent on tonal gradation and so on.

What now? Still different raw converters give different results? Or are they limited by the technology used in the camera sensor?

To answer that question I tried practically all the raw converters that I know of with all my cameras: Canon 5D Mark II, Fuji X100 and Sony Nex-3.

On the top you may see the (processed) picture used for this comparison. I was in Oriolo, a nice little town on the Ionic side of the Calabria (Italy), a few kilometers on the inside; but the light was awful, so the idea of making some shot of the castle and the town just for the sake of this comparison popped in my mind.

For Lightroom 3 I will show only the image sharpened in the raw converter, because otherwise the raw conversion engine is the same of Photoshop CS5. Similarly, I did non put Aperture or iPhoto in the competition because both Preview and Rawker use the same engine. I did try dcraw but, even if it is pretty sharp, the colors are so off without profiling the camera first that I decided to exclude it from the competition; more, from what I understand, Gimp / Ufraw use it anyway as conversion engine (and Rawker has the option to use it too).

The image above has been taken with the Canon Eos 5D Mark II at 50 Iso, mounted on a heavy tripod, and a Biogon 80mm f/2.8 @ f/8 focusing first with the Live View and a 3x magnifier loupe.

This is the list of the raw converters tested:

– Corel AfterShot Pro 1.0.1 (based on the old Bible software) (Mac, Windows and Linux)

– Digital Photo Professional 3.11.4 (from now on DPP) (free, in boundle with each Canon DSLR) (Mac and Windows)

– RawPhotoProcessor 4.5 64bit (free, donationware to unlock some advanced features) (from now on RPP) (Mac only)

The placing has been quite consistent despite the camera used, so I will show here only the 100% crops for the Canon 5D Mark II results. The only exception occurred with the Sony Nex-3 when shot at very high Iso (3200 and on), whose files are best developed with Photoshop CS5, closely followed by Rawker, to keep the noise at the minimum. I should also note that with the Fuji X100 files the converters that gave the results more resemblant to the excellent in-camera jpegs (speaking from a contrast / color point of view) were the Apple Quartz Core Image based, namely Preview, Rawker and Aperture.

I will split this post in four parts, bacause there are a lot of images to display. At the end of the last post you will find two PSD files, one with all the crops of the landscape, one with the three best crops for the portrait. The best way to decide for yourself wich converter do you prefer is to download the PSDs and flip through the stacked layers.

In this post I will show you the results of each raw converter with the sharpening set at zero.

In the next the results with the sharpest image obtained with the tools of each raw converter.

In the third post the images at sharpening zero processed in Photoshop with a 4 rounds sharpening routine (details in the post).

Finally in the last post each image sharpened to obtain the sharpest look.

And now the first batch of crops. Good pixel peeping to everyone!

To my eyes: this round goes without doubts to Apple Preview and Rawker, with RPP as a close second.

A quick note: with some files, not with this one, Photoshop showed quite a bit of chromatic aberration around high contrast edges that it was not present with all the other converters.

100% crops, sharpening set at 0 in each raw converter 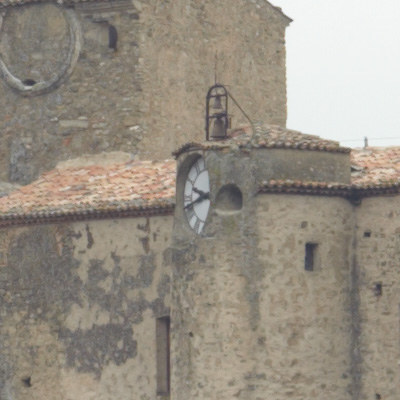