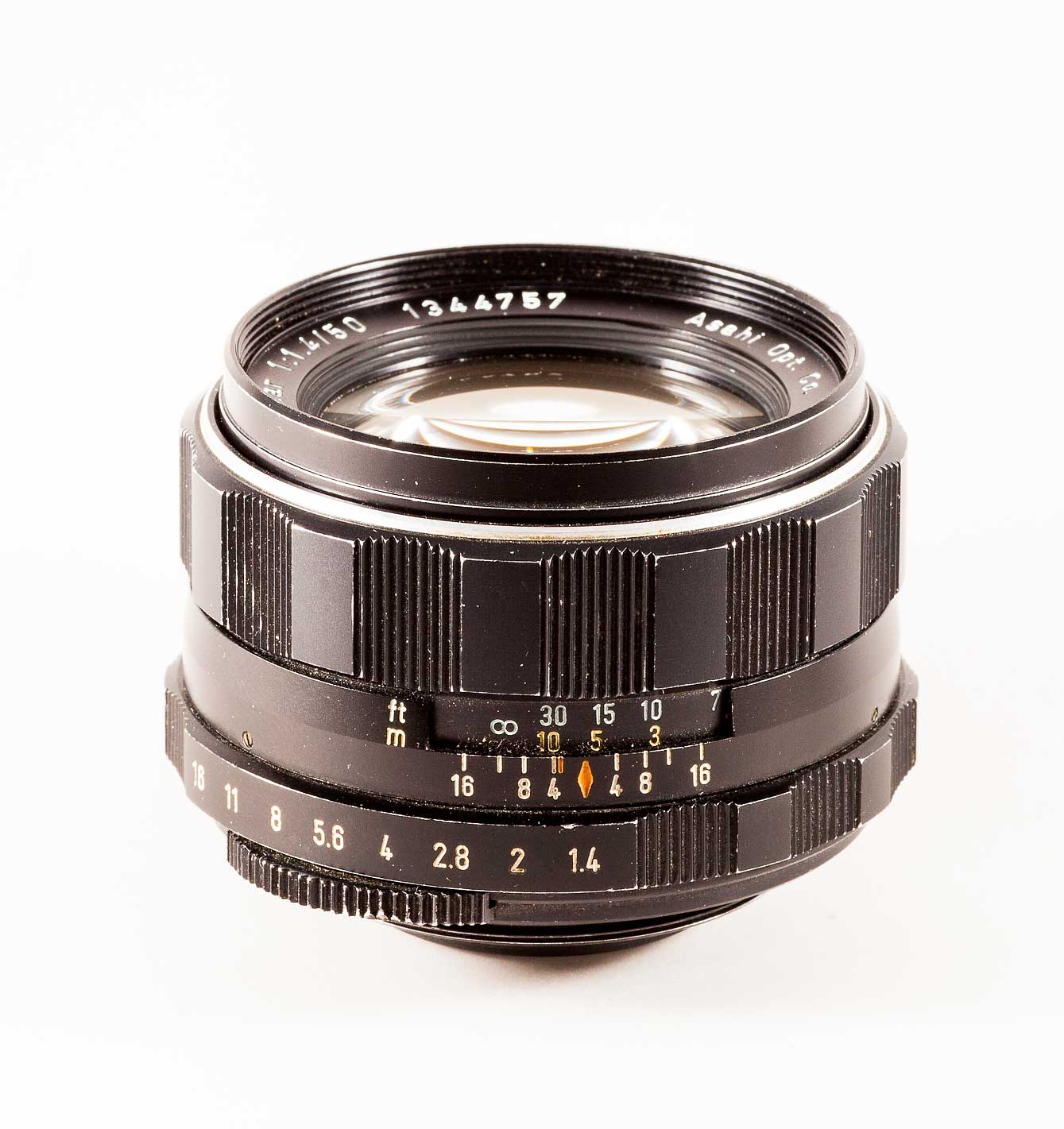 There are a few variants of this lens. The one reviewed here is the first version, that sports 8 elements instead of 7 and does not have a radioactive one (so no yellowing). The legend goes that this is the one with the best bokeh of the various 50/1,4 Pentax, and maybe the sharper. Actually Pentax sold this at a loss, trying to establish its name against Zeiss (!), and so after the first year switched the optical formula for the more common, less costly to produce, 7 elements one.

You can spot this version looking at the position of the infrared mark (the little red line); in this version it sits on the right of the left 4 (see the picture). More, at least in my sample, engraved on the back of the bayonet there is a capital “H”, that I would assume it means “8 elements”, being the h the eighth letter of the alphabet.

First a note for others Canon 5D Mark II users: almost no problems with the mirror, except exactly at the infinity stop. Here (and not a fraction of millimeter before) the mirror hits, or better “grazes”, the back of the lens whit its base when it descends in position after a shot. The adapter used was a cheap chinese one. No big deal, though.

I bought this lens out of curiosity, given that everyone seems to like it a lot. It has now earned a place on my camera, especially for low light work. As soon as I received the lens I compared it to the Olympus 50mm f/1,8 (the sharpest between the 50ish that I own: Minolta MD f/1.7, Minolta MC f/1.7, Contax 60 Makro Planar, Canon f/1.8).

– At f/1,4
Obviously, the Pentax has no match because the Olympus starts from 1.8. It is sharp with loads of veiling used in good light (like during the tests). This led me almost to discard the lens as “not too good”, but then I tried it in poor light… And it is really really sharp, even if with a paper-thin plane of focus, in available darkness, where it matters. More, given that I’m still waiting for the chipped ring with AF confirmation I used a plain M42-Canon one; well, this lens literally “snaps” into focus, I can always tell when I hit the right spot even in really dim light. In this regards it is head and shoulders ahead of the Canon 50mm f/1.8, for example, and better still of my previous “champion” of the category, the Minolta MD. Please, though, keep in mind that I use a EG-S screen on my camera, and that alone makes all the difference in the world for using manual focus lenses. Also the paper-thin plane of focus at full aperture or/and a tiny viewfinder can be the reason because some people can’t get sharp enough results from this lens.

EDIT: I cleaned the rear element with a bit of Eclipse and a PecPad and discovered that it was covered with a ton of grease and dirt! I guess I was too busy shooting with this toy to notice before… Now the veiling flare at full aperture in good light, though still here, it is greatly reduced and it is the one typical for non-ashperical design; it is comparable, for all intent and purposes, to the 35/1,4 Nikon Ai (a great lens by itself). Here a 100% UNSHARPENED (!) center crop of a shot taken handheld with a 5D Mark II. The focus was on the second marble from the right; and by the way, quite a bit, if not all, of the red rings you may see around the left and right marbles are reflections of the nearby red rods, because those marbles were made of glass. 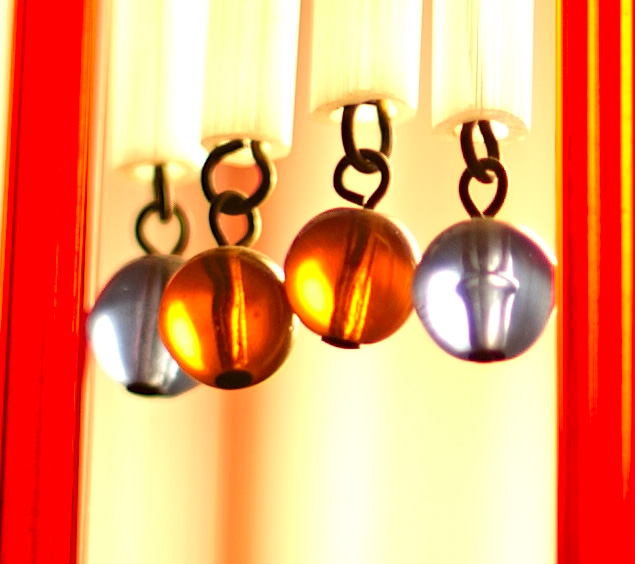 – From f/1,8 to f/2,8
The Olympus is slightly worse in the center but a bit better in the extreme borders, with less chromatic aberration.

– From f/4 onward
The Pentax is overall better, center and borders; the nice thing it is that the Pentax is still really sharp even at f/16, with almost no trace of diffraction-induced softness.

This 50 or so years old glory turned out to be slightly sharper even than the Contax 60mm f/2,8 Makro Planar, though the Planar goes to 1:1, has better contrast and sports less chromatic aberration.

One thing that I noticed is that the Olympus, at each aperture, has a lot less depth of field, like a stop less. I saw before something like this; it’s usually a peculiarity of some Contax Zeiss lenses, for example, to have more depth of field at each given aperture that the comparable lenses from other brands. From what I understand it depends on the optical scheme.

Last note: I based my conclusion above on shots developed with Photoshop. Then I tried to develop the same files with RawPhotoProcessor and RawTherapee (both free / donationware).

With the latter you can completely eliminate, in an automatic fashion, the chromatic aberration from the Pentax shots. But it’s with RawPhotoProcessor that the Takumar really shines, and gives even better results with almost non existent chromatic aberration and better sharpness overall.

BTW, I learned the importance to choose the right raw conversion alghorithm when, while I was running the comparative test between the various brands of raw converters. I discovered that Photoshop induced with some legacy lens, in a few shots, chromatic aberration / purple fringing that was not actually there!

P.s.: the tests were conducted with the 5D on a tripod, with mirror up, 10 seconds self timer, and focusing the lenses with the aid of the Live View @ 10x and a Peak 22x loupe.