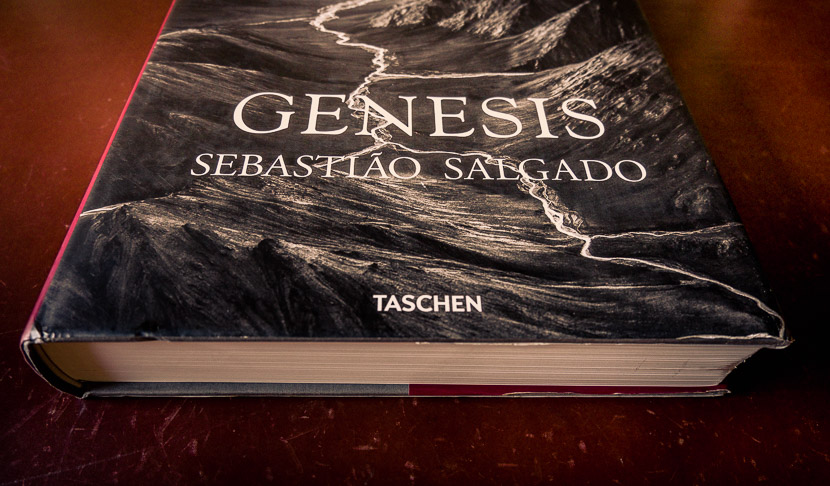 This one is going to be controversial.

Let me get this straight: I am a huge Salgado fan, so this is not an easy thing for me to say.

But this time I think he fell short of his best work, and by a long shot.

The book* suffers from three flaws, the last one of them almost a deal breaker, at least for me.

*That you can find here: Taschen, Amazon.com

During the project, from what I’ve read, he started shooting in 35mm, switched to medium format (a Pentax 645) and finally made the jump to digital (Canon Eos 1D Mark II before and 1Dx after). This because, apparently, his assistant threatened to quit being tired of lugging around the planet 50 pounds (22Kg!) of film on every trip; and beside because airport scanners where ruining many of his films.

That he started Genesis using 35mm film it shows, painfully so. Many images where apparently shot using Kodak Tri-X 400 pushed to 1600Iso – keep in mind the technical aspects are all hearsay, because I don’t have the honor to know Salgado personally, or details he gave away during interviews. The grain, possibly in part also thanks to the effect of the above-mentioned airport X-Ray scanners on the films, is huge, clumped and not particularly pleasing (note: I generally love “gritty” images, and I still shoot on film other than digital).

Apparently even the digital images where altered in post adding “grain” with DXO Film Pack, Tri-X preset, to harmonize them with the ones for which film was used – I seem to recall Salgado even endorsed the product at some point on the DXO website. 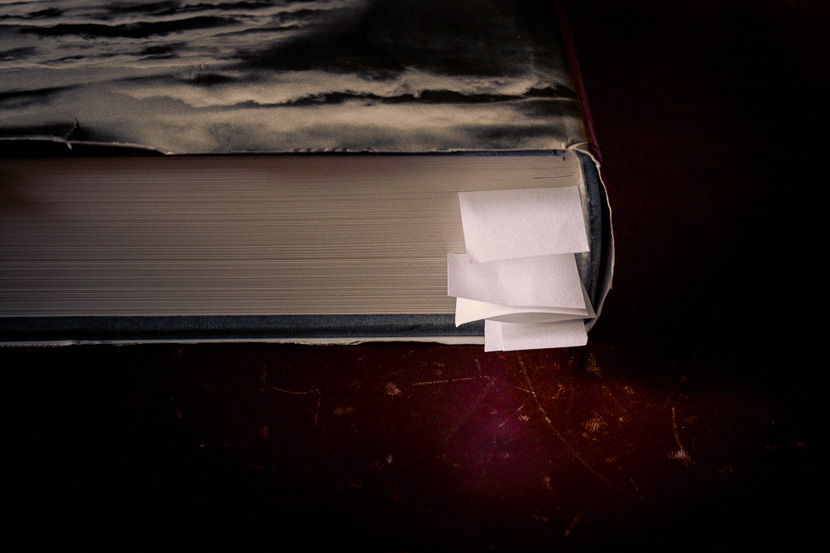 This is not a fault per se. The print quality is as a matter of fact quite nice. But for a book this pricey and, more importantly, for a book with such lofty ambitions something more like proper photographic paper should have been used (culling the number of the pictures, if necessary).

Quite possibly I’ve been spoiled by my recent purchase of Larry Towell’s “The World From My Front Porch” (we’ll talk about this one in another post), one of the best printed photo books I’ve ever had the pleasure to read.

On the layout front, you have zero captions under the pictures to explain what you’re looking at, and in a documentary book this is a fatal flaw. Quite possibly the publisher had the same reaction, so they added almost as an afterthought a few pages stapled together with a bit of a textual explanation for every picture. But first this is a really uncomfortable way to read an already large book, because you then would have to balance not only the big book but this sort of “notebook” as well. And secondly these pages are just slid under the back cover, so you’ll notice them only after you’ve already finished the book unless you know they’re there. 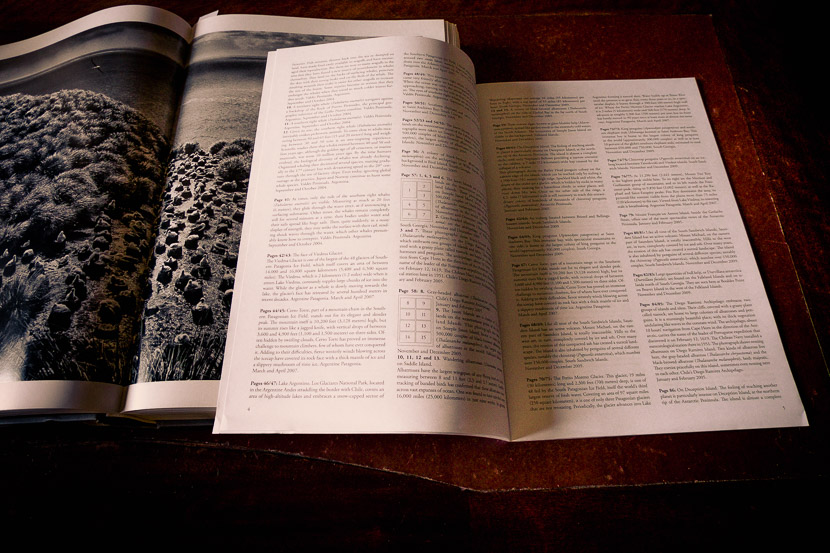 The additional “notebook” with all the image captions

This is almost a fatal flaw. A bit of background: for the Genesis project Salgado shot for 8 years (not a typo: eight YEARS), with the support of several “agencies”, governmental and not, and sponsors. And with the assistance of at least his wife/business partner, sometimes their son, his long-term assistant, and to top it all of one of the best printers on the planet. And with full access on every single continent to secluded, limited-quota and remote locations, planes, balloons, and several other means of transportation.

Still, in the entire book, that contains hundreds of pictures, the really beautiful ones are, in my opinion, less than 10. Yes, ten. Plus, naturally, a handful of images I might classify as “really nice”, and others that obviously Salgado needed to set a scene or to explain some of the points made in the short essays introducing every chapter.

In comparison, in many other photo books I may have favorites, obviously, but at least the general level is high enough that I don’t even notice “drops” in quality.

In conclusion: if you’re looking into Salgado’s work, in my opinion you’ll be better served by one of the many other books he published during his own long career.